'Kaathu Vaakula Rendu Kaadhal' which stars Samantha Ruth, Vijay Sethupathi & Nayanthara in the lead is all set to premiere on the OTT platform. Details inside 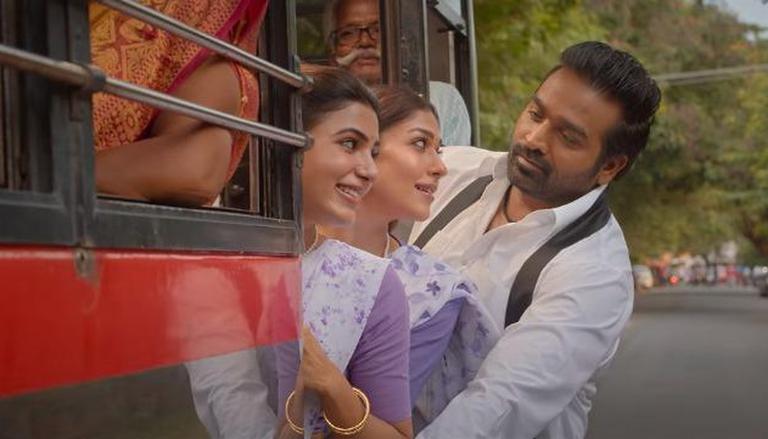 
Vignesh Shivan's directorial Kaathu Vaakula Rendu Kaadhal has been garnering much praise and appreciation since its release. The romantic-comedy flick which stars Samantha Ruth Prabhu, Vijay Sethupathi and Nayanthara in the lead roles, hit the theatres on April 29 and now it is all set to premiere on the OTT platform soon in the month of May itself. Continue reading to know the details:

Taking to its Instagram handle, Disney+ Hotstar shared a video from Kaathu Vaakula Rendu Kaadhal, therefore announcing the date of the premiere. The caption read, "#KanmaniPlusKhatija on #DisneyPlusHotstar from May 27..#LoveyouTwo #KaathuvaakulaRenduKaadhal #VijaySethupathi #VigneshShivan #Samantha #Nayanthara #Anirudh #7ScreenStudio #RowdyPictures #KRK". As per the post, the film is all set to premiere on Disney+ Hotstar on May 27, 2022.

The film, Kaathu Vaakula Rendu Kaadhal, is still ruling the silver screens for the amazing chemistry between Samantha, Vijay and Nayanthara. In terms of Box Office, the film has crossed the 40 crores mark in Tamil Nadu in less than a month. The romantic comedy saw the 35-year-old actor take on the role of Khatija in the Vignesh Shivan directorial and fans couldn't resist hailing Samantha for her performance in the film. Some even claimed that they watched the film just for her.

The Majili actor even penned a heartfelt note for Vignesh Shivan as she expressed gratitude to the filmmaker for giving her the role of Khatija. In the caption, Samantha stated that comedy is her favourite genre and it’s always extra special when she gets to play a role that allows her to be who she truly is. She went on to say, "You delivered more than you promised and I will always be grateful. Thank you@jukalker @sadhnasingh1  @koduruamarnath I love you".