Watch | Kamal Haasan Confirms Collab With Suriya For His Next; Thanks Fans For 'Vikram's Success

On Tuesday, Kamal Haasan thanked his fans for showering love on 'Vikram' and even confirmed a collaboration with South superstar Suriya for his next project. 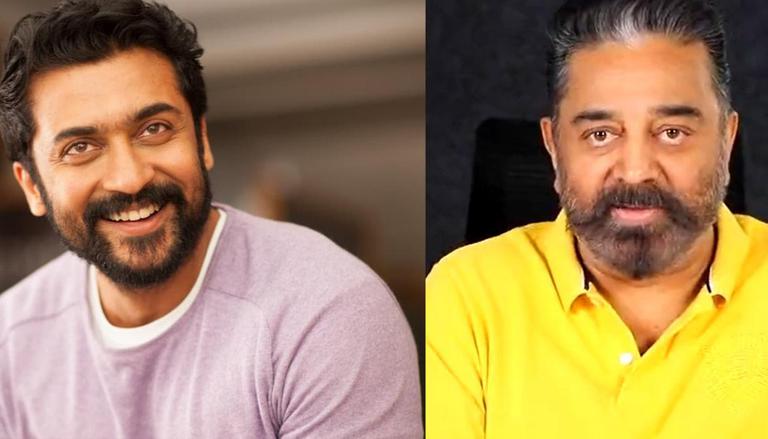 
Kamal Haasan's recently released film Vikram, co-starring Vijay Sethupathi and Fahadh Faasil has been roaring at the Box Office since Day 1. The Lokesh Kanagaraj directorial impressed fans and audience in bulk with the latter praising Haasan's power-packed avatar. The film, which raked in around Rs 175 crore worldwide in 3 days, has proven to be a sensation overseas. Apart from Haasan and Faasil, Vikram also stars Suriya Sivakumar in a cameo towards the end of the film which served as the last ball sixer to a nail-biting T20 match.

Now, in a new video shared by Raaj Kamal Films, Kamal Haasan thanked his fans for showering love on Vikram and even confirmed a collaboration with South superstar Suriya for his next project.

Kamal Haasan thanks fans for making 'Vikram' a huge 'success'

Kamal Haasan, who also donned the hat of a producer for Vikram, took to his Twitter handle and shared a video message which sees him thanking his fans for a blockbuster hit. The video sees him saying, "The success of Vikram is not merely my victory, but also of all the good films out there being made by different artists in India." Haasan further urged fans to keep supporting good films as it influences thousands of minds.

Kamal Haasan confirms collaboration with Suriya for his next

Hailing his Tamil audience, Kamal Haasan said in the video, "Tamil audience have never failed to appreciate quality films and actors. I am grateful you've added me and Vikram to that list. All the technicians who worked on this film deserve your appreciation. Brothers Vijay Sethupathi, Fahad Faasil and others are important pillars of this success."

While teasing fans about his next collaboration with Suriya, the Vishwaroopam 2 star said, "Although Brother Suriya only played a cameo, he did it just out of love. I'll repay this love in our next collaboration."

Earlier, Suriya even expressed gratitude towards Kamal Haasan for making his 'dream come true'. He took to the micro-blogging site and wrote, "Dearest@ikamalhaasan Anna how do I say this…!? This is a dream come true to be on screen with you..! Thank you for making this happen! @Dir_Lokesh Overwhelmed to see all the love!! #Rolex #Vikram". Later, the Aalavandham actor replied and said that this was long overdue.

On Monday, director Lokesh Kangaraj, who claims to be an ardent fan of Kamal Haasan, got a handwritten appreciation note for his work in Vikram. Sharing the same on his Twitter handle, Kanagaraj wrote, "Lifetime settlement letter” Words can’t express how emotional I’m feeling reading this! Nandri Andavarey @ikamalhaasan."