Kamal Haasan Movies That Earned Him National Awards; From 'Moondram Pirai' To 'Indian'

Kamal Haasan is one of the most prominent figures of Indian cinema. Here is the list of movies that won him National accolades. Read more. 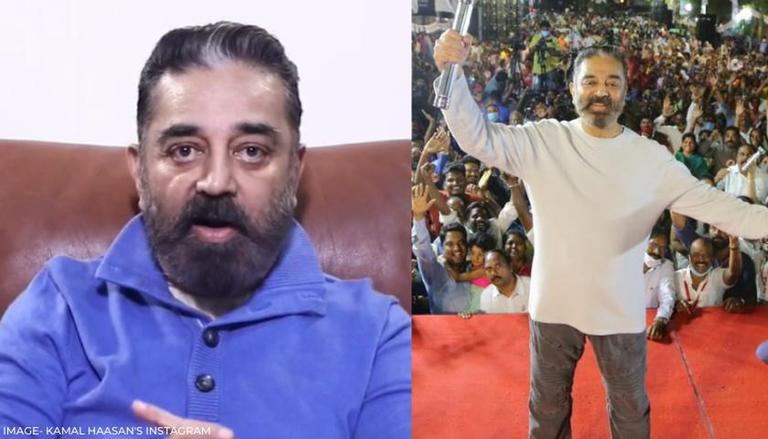 
With a career spanning over five decades, Kamal Haasan is considered one of the most prominent and influential figures of Indian cinema. From Apoorva Raagangal to Vishwaroopam, the 66-year-old actor has worked in over 200 films in several Indian regional languages. With many accolades to his name for his contribution to cinema, here is the list of Kamal Haasan's movies that won him the National Award.

Released in the year 1982, the Tamil movie Moondram Pirai became the first movie that earned Kamal Haasan his first National award for Best Actor. Directed by Balu Mahendra, the romantic drama starred Kamal Haasan opposite Sri Devi while Silk Smitha and Poornam Vishwanathan played the supporting roles. The plot of the movie showed a school teacher helping a woman suffering from retrograde amnesia to escape a brothel and regain her memory. Along with Kamal Haasan, the movie also bagged Mahendra a National Award for Best Cinematography.

The crime-musical Tamil movie, Nayakan was directed by Mani Ratnam in 1987. Starring Kamal Haasan, Saranya, and Karthika, the movie follows the story of a man, killing a corrupt policeman and becoming a gangster in Mumbai after witnessing his mother's murder. Considered as one of the greatest movies of all time, Kamal Haasan bagged the National Award for Best Actor while the movie also earned Best Cinematography and Best Art Direction award.

Released in the year 1992 and directed by Bharathan, while produced and written by Kamal Haasan, the movie followed the story of an educated man returning to India to open a chain of restaurants while his father wishes him to stay back to help. Starring Kamal Haasan, Sivaji Ganesan, and Revathi, the movie was a critical and commercial hit while it was entered for Best Foreign Language Film for the 65th Academy Awards. It won the National award for Best Regional Film – Tamil.

Directed by S. Shankar, the 1996 Tamil movie featured Kamal Haasan in the lead role while Manisha Koirala, Kasthuri, and Sukanya played supporting roles in the movie. The plot of the movie followed the story of a veteran freedom fighter, killing a criminal with the help of a rare form of martial arts he learned. The movie won Kamal Haasan his fourth National Award for Best Actor.

READ | 'I will be in politics till I am alive,' says Kamal Haasan

The veteran actor has several accolades to his name including three civilian awards such as Padma Shri, Padma Bhushan, and Ordre des Arts et des Lettres. The Federation of Indian Chambers of Commerce and Industry awarded the actor with the FICCI Living Legend award in the year 2009. Kamal Haasan also has several State government and Filmfare awards to his name.