Trouble seems to be mounting on Marathi actor Ketaki Chitale after the star had allegedly shared a derogatory post on social media against Sharad Pawar. 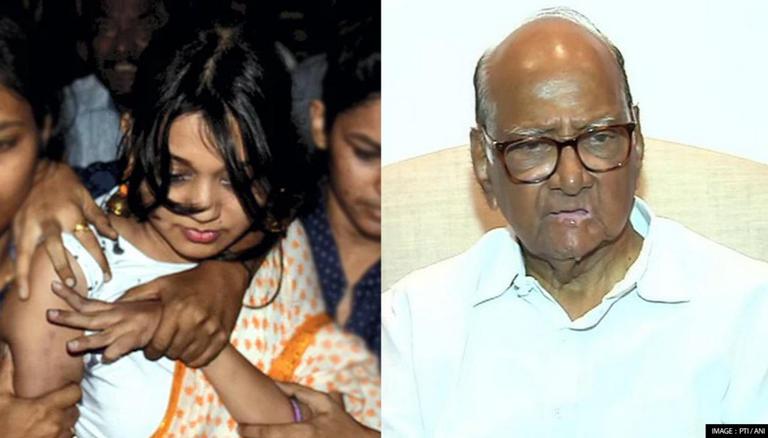 
Trouble seems to be mounting on Marathi actor Ketaki Chitale after the star allegedly shared a derogatory post on social media against Nationalist Congress Party Chief Sharad Pawar. Multiple cases have been registered against her in different parts of the state in the past three days.

Now, according to recent developments in the case, sources close to the case told Republic Media Network that the television star has been sent to 14 days of judicial custody by a Thane court. On the complaints lodged by NCP activists in different parts of the state, two offenses against her have been registered in Mumbai, one each in Thane, Pune, Akola, Ahmednagar, and Beed.

A court had, on Sunday, sent her to Thane police's custody till May 18. On Wednesday, Thane crime branch officials produced Chitale before a magistrate who remanded her in magisterial custody. A police official said they had completed the probe into the case registered here.

At Bhoiwada, the case was registered based on a complaint filed by advocate Prashant Shankar Duete, a students' wing president of the NCP's Mumbai unit.

According to PTI, the cases at these police stations were registered under Indian Penal Code (IPC) sections 500 (defamation), 501 (printing or engraving matter known to be defamatory), 505 (2) (making, publishing, or circulating any statement, rumour or report promoting enmity, hatred or ill will between classes), 153 A (spreading disharmony among people), police said.

The above-said post in Marathi which was written by someone else was allegedly shared by Chitale on Facebook on Friday. The post only mentioned the surname 'Pawar' and the age of 80. The NCP supremo is 81 years old. The post contained phrases like "hell is waiting" and "you hate Brahmins", allegedly referring to Pawar whose party shares power in Maharashtra with the Shiv Sena and Congress.

At Dhule in north Maharashtra, a case was registered against Chitale and Nitin Bhave, the purported author of the post shared by her, on a complaint lodged by an NCP leader. According to various media reports, on Monday, women activists were seen protesting by hitting Ketki’s photo with their sandals and slippers. Several NCP activists directed their anger toward Ketaki Chitale by saying that she should be admitted to a mental asylum and that the cost of her treatment will be borne by the Nationalist Congress Party.
(With inputs from PTI)