Kiccha Sudeep: Awards And Nominations Received By The Actor During His Career

Kiccha Sudeep has appeared in a number of films, winning several awards. Here's a list of all of the awards and nominations received by the actor - 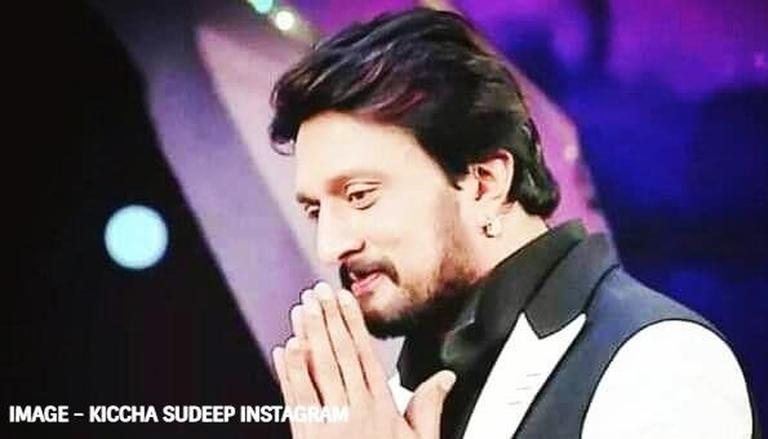 
Kiccha Sudeep is an Indian film actor and director who primarily works as leading actor role in the Kannada film industry. He has also worked in Telugu, Tamil and Hindi films. Sudeep is known for his performances in several Kannada films in which he has appeared as the lead actor. Kiccha Sudeep's movies include his roles in, Sparsha, Huchcha, My Autograph, Eega, Maanikya, Ranna, The Villain, Rakta Charitra, Dabangg 3 and many more.

Over the course of his vast career which spans longer than 2 decades, the actor/director has been the recepient of a number of awards and nominations. Kiccha Sudeep's achievements also include him being the only actor to have received three FilmFare Awards for "Best Actor - Kannada" consecutively, from 2001 through 2003. Here's a list of all the major awards and nominations receieved by Kiccha Sudeep in his career -

The Filmfare Awards South is a segment of Filmfare Awards, which is given to the South Indian film industry, that consists of the Tamil, Telugu, Malayalam and Kannada film industries. As mentioned above, Sudeep is the only actor to have won the award for "Best Actor - Kannada", three times in a row. The actor won the awards for his films Huchcha, Nandhi and Swathi Muthu.

Sudeep also won the award for "Best Supporting Actor – Telugu" in 2012 for Eega. In addition to the awards, the actor has been nominated for "Best Actor - Kannada" a total of ten times. Sudeep was nominated for his films: Mussanje Maathu, Just Maath Maathalli, Kempe Gowda, Bachchan, Kotigobba 2 and Hebbuli.

The Karnataka State Film Awards are the most important awards given for Kannada cinema. They are given annually by the Government of Karnataka. The winners are selected by a jury headed by a chairman. In 2002, Sudeep won the award for "Best Actor" for his film, Nandhi.

The Nandi Awards are also the most important awards given, however, for Telugu cinema. These are given annually by the Government of Andhra Pradesh and the selection process as the same as above. In 2012, Sudeep won the award for "Best Villain" for his work in the film, Eega.

The South Indian International Movie Awards (SIIMA) to honour artists all over the South Indian film industry. Sudeep has received three consecutive nominations for SIIMA, winning one for "Best Actor in a Negative Role - Telugu" for his work in the film, Eega. The actor was nominated for his films, Kempe Gowda and Bachchan for "Best Actor - Kannada".

In addition to these major awards, Sudeep has also won 2 out of 5 Suvarna Film Awards, 2 out 2 Film Fan's Association Awards and 3 out of 4 Times Film Awards. The actor also won two awards at the Toronto After Dark Film Festival for "Best Villain" and "Best Fight (with Nani)" for the film, Eega. He also won "Best Supporting Actor" for the same film at the Madrid International Film Festival. The actor has received several other awards over the course of his career, which amounts to a total of 32 more wins for his acting skills.