Kottapurathe Koottu Kudumbam Cast: Actors And The Characters They Play In The Comedy Film

Kottapurathe Koottu Kudumbam is a 1997 Malayalam film that belongs to the comedy genre. Read on to know about the cast and their other popular works. 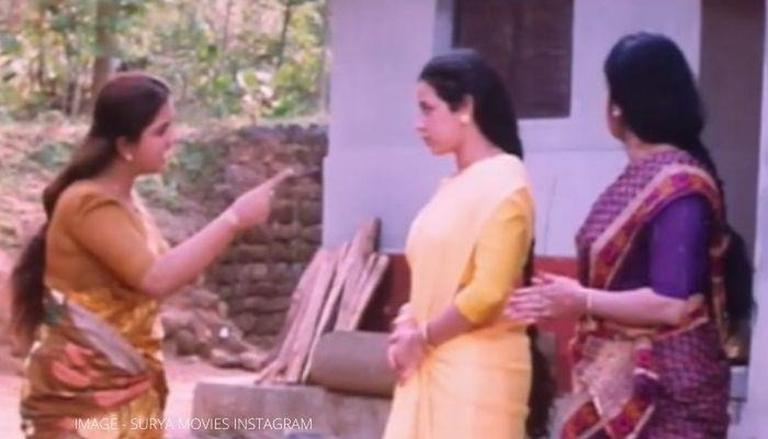 
Kottappurathe Koottu Kudumbam is a 1997 Indian Malayalam-language comedy-drama film directed by Pappan Naripatta. The plot of the film revolves around a poor couple, who get their son married to a rich woman because of their ambitions of becoming wealthy. However, when her family spirals into poverty, they cast her out of the house. The Malayalam comedy film has an IMDb rating of 4.7. Here is everything you need to know about the cast of Kottapurathe Koottu Kudumbam.

The cast of Kottapurathe Koottu Kudumbam has Vijayaraghavn portraying the lead role of Sahadevan. Vijayraghavan is known for his character roles in Malayalam films and is the son of popular drama and cinema artist, N. N. Pillai. He made his film debut with Kaapaalika, which was based on his father's play of the same name. His other popular works include Ottakoru Kaamukan, Oru Pazhaya Bomb Kadha, Ohm Shanthi Oshaana, Swantham Malavika among others.

Kottapurathe Koottu Kudumbam cast includes Maniyanpilla Raju portraying the character of Mahadevan in the Malayalam comedy film. Sudheer Kumar, better known by his stage name Maniyanpilla Raju, predominantly works in the Malayalam film industry. He made his debut in the year 1976 with the film titled Mohiniyaattam and since then has worked in over 400 films. His stage name was derived from the character he played in the film Maniyanpilla Adhava Maniyanpilla, his breakthrough role. His other popular works include Light House, Vasudha, Kunjettan, Sharja to Sharja among many others.

READ | 'Daringbaaz' cast: Find out about the actors and their characters in 2013 movie

Kalabhavan Mani portrays the character of Vamadevan in the film. Mani was an actor who worked in over 200 films, including Malayalam, Tamil, Kannada, and Telugu films, and was renowned for his humorous characters and villainous roles. He even won the National Film Award – Special Jury Award and Kerala State Film Award for his performance as Ramu in Vasanthiyum Lakshmiyum Pinne Njaanum. Mani's other popular works include Moonam Naal, Onnum Onnum Moonu, Oru Kudumba Chithram, 120 Minutes among many others.

Malayalam actor Vijayakumar played the role of Jayadevan in the comedy flick. He has worked in more than 100 Malayalam films, the majority in which he played villainous characters. His popular films include Jungle Boy, Bhoomi Geetham, Jackpot, Bharya, The City, Hijack, Onnam Loka Mahayudham among others.

READ | 'The Lovebirds' cast: Know all about the actors and the characters they play

The cast of Kottapurathe Koottu Kudumbam includes Meera, who portrays the character of Maya Menon. She is noted for her performance in Sukham Sukhakaram and Amma Ammaayiyamma. Apart from Malayalam language films, Meera has also been a part of Tamil films including Vellaiya Thevan, Thaatboot Thanjavoor, Parambarai, Ponnu Veetukkaran among many others.