'Maanaadu' is all set to grace theatres on Nov 25 and the anticipation has been intensified with the release of a new sneak peek of Silambarasan's thriller. 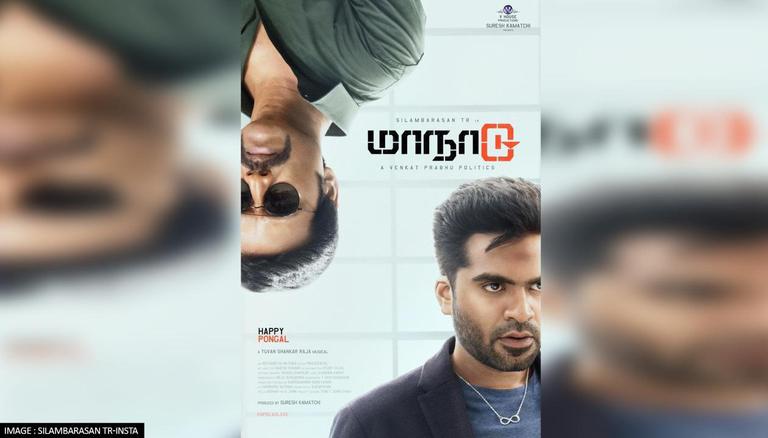 
Actor Silambarasan TR is gearing up for the grand release of his political thriller Maanaadu which is set to hit the theatres on Thursday, November 25. With the excitement of the fans off the roof, the makers decided to treat them with a new sneak peek providing a glimpse into the movie's time loop concept.

The movie has been at the top of the trending list with the release time inching closer as new details of the film surfaced online.

Ahead of its grand release, netizens were not only expressing their anticipation but also talking about the final runtime and censor details online which was revealed online. The film will run for a total of 148 minutes which is 2 hours 28 minutes. Many believed that the runtime is apt to showcase the action-packed content provided by the director Venkat Prabhu. The censor certificate was also trending online with many sharing the picture. Check out the censor certificate of Maanaadu below.

The South film industry is buzzing with anticipation with only a day left for the grand release of the political thriller starring Silambarasan TR and Kalyani Priyadarshan in the lead. The film also features Bharathiraja, S. A. Chandrasekhar, Karunakaran and Premgi Amaren and S. J. Suryah who will be seen playing the role of an antagonist. The movie is produced by Suresh Kamatchi under the banner of V House Productions.

The plot of the movie revolves around the press conference by the state's Chief Minister causes his bodyguard and police officer to get stuck in a time loop. The intriguing concept and trailer of the movie were enough to give a solid reason to cine buffs to catch the film on the big theatres, however, the makers dropped a new sneak peek ahead of its release fueling fans' anticipation.

During the pre-release event of the film, director Venkat Prabhu also revealed that the fans will witness a seven minutes long tear-jerking scene in the film, as per a report from Pinkvilla. Other than Maanaadu, Simbu will also appear in Gautham Vasudev Menon's upcoming action-drama Vendhu Thanindhathu Kaadu. This venture would mark the duo's third collaboration.