Veteran actor Malashree’s daughter Ananya Ramu is all set to foray into the Sandalwood industry alongside actor Darshan with the upcoming film 'D56'. 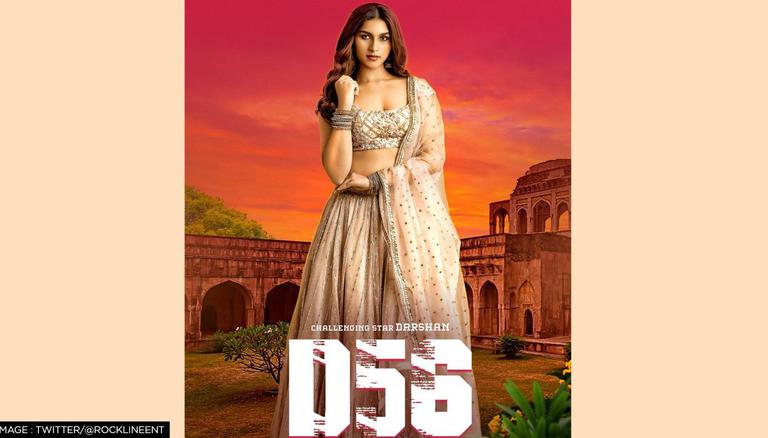 
On the auspicious Varamahalakshmi festival, the makers of the upcoming film D56 announced the good news that left Kannada fans rejoicing. Veteran actor Malashree’s daughter Ananya Ramu is all set to foray into Sandalwood alongside Darshan.

After several names of the leading ladies including Raashii Khanna, Ashika Ranganath, Mahima Makwana, Pooja Hegde, and more, Ananya Ramu’s name was shortlisted and announced with a poster welcoming her on board.

Introducing the 20-year-old diva, the makers on Twitter shared her poster and wrote, “Elated to welcome onboard @Radhanaram_for #D56 Daughter of 'Kanasina Rani' @RamuMalashree and #Ramu Sir, we are excited to launch #RadhanaRam to the world of cinema.

Elated to welcome onboard @Radhanaram_ for #D56 😊

According to various media reports, Kanasina Rani Malashree’s daughter Ananya Ramu has been rechristened Radhana Ram for the screen. On the other hand, D56, officially goes on floors today, with an auspicious Varamahalakshmi festival mahurat ceremony. The film is being bankrolled by Rockline Venkatesh. This is Tharun’s third collaboration with Darshan, after Chowkaa and Roberrt.

Radhana hails from a rich filmy background where her mother Malashree ruled the silver screen in the 80s and ’90s while her father Ramu earned the moniker Koti Ramu for producing big-budget films like A K 47, Lockup Death, Simhada Mari, and Gloibar. He passed away last year due to COVID-19-related complications.

An elated mother, Malashree also shared the poster of her daughter on Instagram and wished her luck for all her future endeavours as she takes the first step toward her career. Her caption fairly translated in English read, “Today my darling daughter is entering the film industry that has given me so much love and life... I hope the same love and blessings that have been given to me are also on her.”