The much-awaited Indian superhero film, Minnal Murali is finally going to beam our homes on 24th December 2021. The film will stram on Netflix. 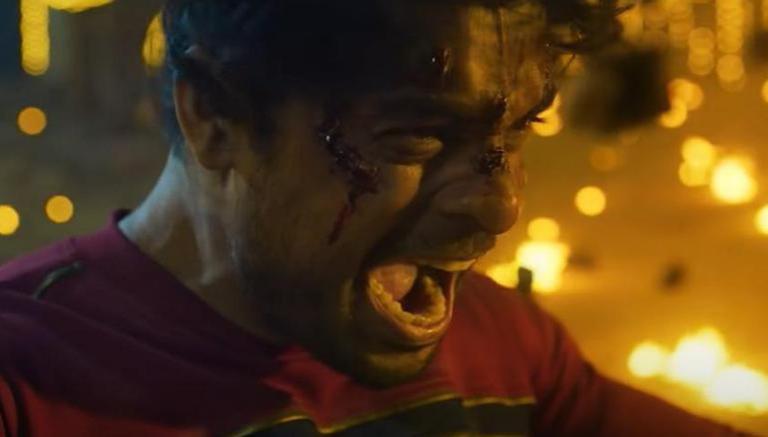 
The much-awaited Malayalam superhero actioner, Minnal Murali is finally going to beam our homes this week. The makers of the film had earlier decided to release it in 2020, but it was postponed due to the ongoing COVID-19 pandemic. Now, the film is set to be released on 24th December 2021.

Minnal Murali to stream on Netflix on 24th December 2021

The film, which revolves around the life of a common man who attains superhuman abilities after being hit by lightning, will be released on Netflix. Tovino Thomas will be seen in a never seen avatar of a superhero. Not just in Malayalam, but the film will also be streamed on Netflix in Tamil, Telugu, Kannada, Hindi, and English on December 24. Lead actor Tovino Thomas has also shared the big news via his Instagram handle, writing, "Brace yourselves !! Minnal Murali will premiere on December 24th at 1:30 PM Indian Standard Time."

The second trailer of the film was released a few weeks before which sets a dark and ominous tone for the movie as it features the destruction left behind by the antagonist, portrayed by Guru Somasundaram. Sharing the trailer of the movie, Tovino Thomas wrote, "Double the speed, double the thrill, double the trailers! It’s going to be an electrifying watch on the 24th of December !! #MinnalMurali[sic]."

Recently, Netflix had also hosted a special screening of Minnal Murali at PVR BKC in Mumbai. Tovino Thomas marked his presence alongside Harisree Ashokan, Aju Varghese and Tamil Actor Guru Somasundaram, who will be seen playing a pivotal role in the film. As per the report by ANI, the event was held in association with the Jio Mami Mumbai Film Festival. The film, which is directed by Basil Joseph, has been produced by Sophia Paul, Kevin Paul, and Cedin Paul, who also attended the premiere.

In a recent interview with ANI, Tovino Thomas expressed his feelings about the upcoming superhero movie. The actor said, "Minnal Murali will be the biggest movie of my career considering the scale of the movie and the budget involved. That budget was essential to making this movie because, for a movie that's two hours and a few minutes long, we shot for 110 days and packed up on the 111th day. So if we have shot for 110 days, one can understand how much content would be there." Coming to his character from the movie, he added, "Getting a team that was 100% committed to bringing out the best from what we had on paper, was one of the biggest blessings we had."