After much delay, Mohanlal's Historical period drama 'Marakkar' is all set for its OTT release. Here's everything you need to know. 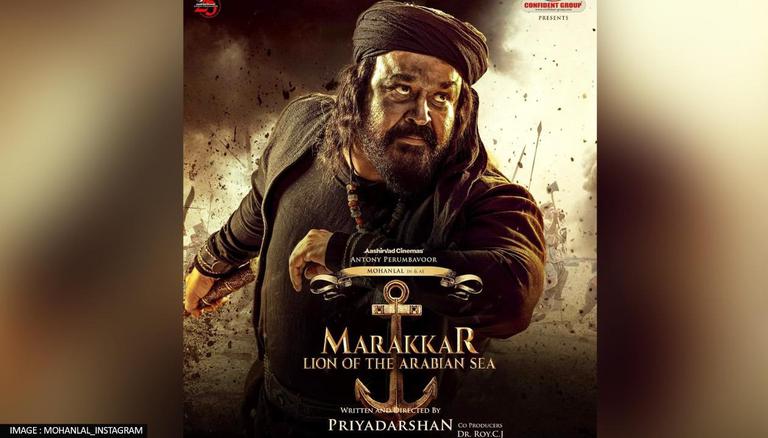 
Mohanlal's Marakkar release date is confirmed and the historical drama is all set to arrive on amazon prime on December 17. Amazon Prime Video announced the date of the film with a new trailer, the film was initially released in theatres on 2 Dec and now it is all set for its debut on popular OTT platform Amazon Prime. Marakkar has some amazing star cast in line like Suniel Shetty, Keerthy Suresh, Kalyani Priyadarshan, Sudeep, Pranav Mohanlal, Arjun Sarja along with Mohanlal.

Directed by Priyadarshan, in the film Marakkar: Lion of Arabian Sea, Mohanlal plays the role of Kunjali Marakkar IV, a 16-century naval commander who fought for the Malabar Coast against the Portuguese invasion. When the movie was initially released, it received a mixed response from the audience as well as the critics

The movie had earlier won a National Award, for Marakkar: Lion of the Arabian Sea or Arabikadalinte Simham where the team was felicitated with three honours that were, Best Feature Film, Best Visual Effects, and Best Costume. After weeks of speculations going around, it was finally revealed that the Priyadarshan directorial will directly hit the OTT platform.

Priyadarshan's take on Marakkar being released on OTT

As revealed by Onmanorama, Priyadarshan had reportedly stated that the decision of moving Marakkar was unanimously taken by the team keeping in mind the loss that the producer Antony Perumbavoor suffered in two years due to the delay in the release of the film. Adding to which Mohanlal further clarifies,

"Antony is someone who has reached here from nothing. He has worked really hard to earn these. He had kept his own life at stake when he agreed to bankroll Marakkar. He did that, trusting Mohanlal and me. Both of us didn't receive a single penny as remuneration for this movie. We agreed to have our share when the movie makes profit. Antony has been paying a huge amount of monthly interests for the last two years. Had one of us been adamant about releasing the movie in the theatres, it would have pushed Antony into great financial troubles. However, we, wouldn't do that In the same interaction, Priyadarshan said that Marakkar could have had a theatrical release if the theatre owners had stood together."

However, the audience is still excited for its OTT release and the historical period drama is all ready to hit the web and take the audience on a roller coaster journey of thrill and adventure.