"Thank you so much I am very overwhelmed with this award," said MM Keeravaani. 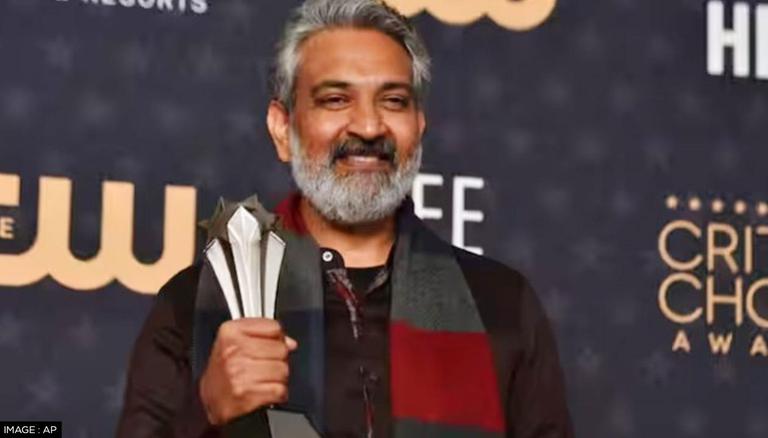 
SS Rajamouli's 'RRR' is on a winning spree as it bagged two more awards in categories – ‘Best Song’ for the track ‘Naatu Naatu’ and ‘Best Foreign Film’ at the Critics Choice Awards on Monday.

The acceptance speech of SS Rajamouli and MM Keeravaani is being widely shared on social media. The filmmaker-music director duo expressed excitement about winning big at the award ceremony.

He added, "To my sister-in-law, who always encourages me to be the best version of myself. My wife, Rama, she is the costume designer of my films, she is the designer of my life. To my daughters, they don't do anything but just their smile is enough to light my life up."

Check out his speech below:

Music Composer MM Keeravaani was 'overwhelmed' receiving the 'Best Song' award and expressed his gratitude to the critics and the whole cast and crew of 'RRR’.

In  his speech, he said, "Thank you so much I am very overwhelmed with this award. I am here to receive this wonderful award by the critics. Thank you all the critics, on behalf of my choreographer, lyrics writer, my singers, my programmers and of course my director."

Taylor Swift's 'Carolina' from 'Where the Crawdads Sing', Guillermo del Toro's 'Pinocchio', Lady Gaga's 'Hold My Hand' from 'Top Gun: Maverick', and Rihanna's 'Lift Me Up' from 'Black Panther: Wakanda Forever' were among the nominees against 'Naatu Naatu.'

‘RRR’ takes over the West

INDIAAAAAAAA…. THIS IS THE BEST NEWS to WAKE UP TO!! 🇮🇳🇮🇳🇮🇳#NaatuNaatu becomes the first ever Asian song to win a #GoldenGlobes . 🤘🏻🌋 #RRRMovie pic.twitter.com/LXHZqhmNaY

Meanwhile, the film is also rooting for the Oscars. The final list of nominees for the Academy Awards will be out on January 24, 2023.

Set in the 1920s, 'RRR' is a fictitious story based on two revolutionaries who fought against the British Raj. The film was released in Hindi, Tamil, Telugu, and Malayalam in 2022. The movie gained a tremendous amount of support in many nations, including the US and Japan.