The filmmakers of Naga Chaitanya's Thank You took to their verified Twitter handle and shared an update with the fans as they await the film's release. 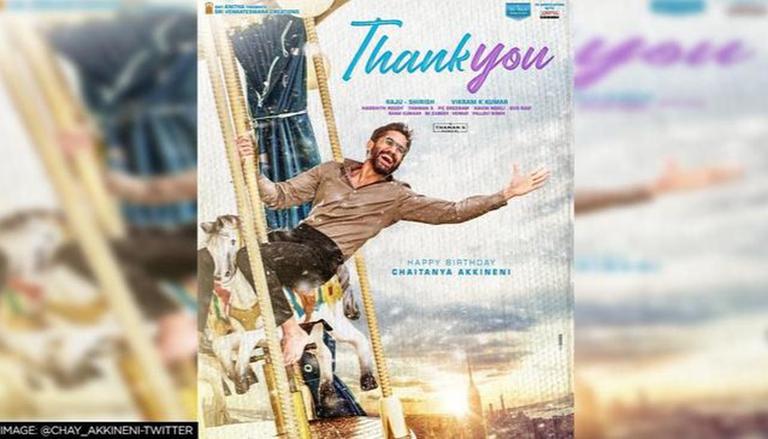 
South Indian star Naga Chaitanya is currently gearing up for the release of his forthcoming flick, Thank You. The film also stars Raashii Khanna in the lead role. Recently, the filmmakers took to their verified Twitter handle and shared an update with the fans as they await the film's release. They announced that the shoot is in the last stage and will soon move on to post-production. They also mentioned that the film will only release in theatres.

Naga Chaitanya's 'Thank You' will soon move to post-production

Taking to the micro-blogging site, Suresh Kondi dropped a poster featuring Naga Chaitanya. The poster reads, "Thank You movie is now in the final stages of production. We have made this film with immense dedication and we believe it is an experience to be witnessed only on the big screen. Thank You Movie will release in theatres just when the time is right." As for the caption, he wrote, "#ThankYouTheMovie will release only in theaters. @chay_akkineni @SVC_official @Vikram_K_Kumar."

Recently, there have been rumours like other films that Thank You, too, will premier directly on the online streaming sites. However, the makers have now put an end to the rumours by sharing the official statement.

Naga Chaitanya's Thank You is one of the highly-anticipated Telugu films of the year. The actor has teamed up with director Vikram Kumar for the second time after delivering a superhit film titled Manam in the year 2014. The film is said to be an intense love story and will depict various phases of Chaitanya's character's life. The filmmakers, who are quite active on social media, have been updating fans about the developments on the project. The film is already receiving a warm response from the audience.

Touted to be a family entertainer, Thank You follows the love life of Chaitanya's character. The film also stars Avika Gor and Malavika Nair as the female leads. Backed by Dil Raju under the banner of Sri Venkateswara Creations, the film's music is scored by composer SS Thaman. BVS Ravi has penned the plot and dialogues for the film.

Meanwhile, for the unversed, Naga Chaitanya will also be seen in Bangarraju. He is also all set to make his Bollywood debut through the movie Laal Singh Chaddha. The movie has Aamir Khan, Kareena Kapoor in the lead roles and is a remake of the critically acclaimed movie Forrest Gump.