Nani and Sai Pallavi are all set to grace the theatres this Christmas with their forthcoming period drama film titled Shyam Singha Roy. Read more. 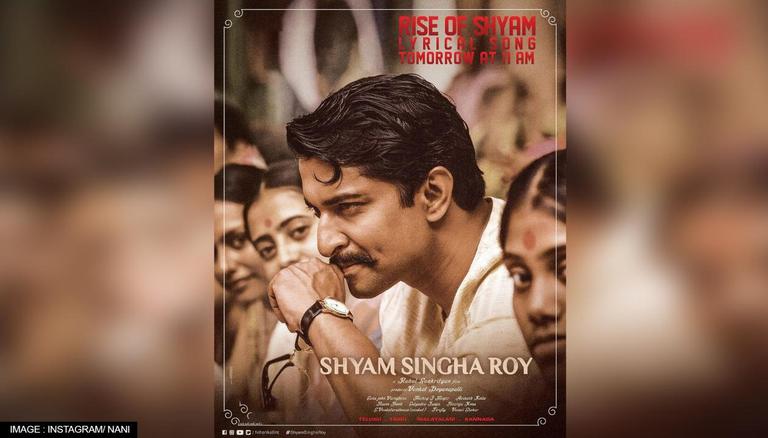 
Dubbed as one of the highly anticipated films from the Telugu film industry, Nani's upcoming supernatural thriller Shyam Singha Roy has dropped its first single aptly titled Rise of Shyam. The goosebumps-inducing lyric video of the song depicts the rise of the character who is ready to go to travel lengths to protect his people. With the release date inching closer, the first single from the forthcoming thriller has only added to the anticipation of the fans.

Taking to his Instagram story on November 6, the 37-year-old announced the release of the first single of Shyam Singha Roy titled Rise of Shyam. The lyrical music video shared a few glimpses of Nani as the titular character and hinted at his pensive look in the movie. Tuned by Mickey J Meyer, the song takes the listener on the inspirational journey of the protagonist making his place in the hearts of people as a revolutionary writer.

Krishna Kanth lyrics add to the elevation of the character while Vishal Dadlani, Anurag Kulkarni and Cizzy breathe life into the music with their soulful voice. Watch the newly dropped Rise of Shyam here:

Directed by Rahul Sankrityan, the upcoming film is based on the topic of reincarnation and is set in the backdrop of Kolkata. Nani will feature in the double role of Shyam Singha Roy as well Vasu. Meanwhile, Sai Pallavi will essay the role of Shyam Singha Roy's wife. Along with Nani and Sai Pallavi, the movie also stars Krithi Shetty, Madonna Sebastian, Jisshu Sengupta, Murali Sharma, Rahul Ravindran and Abhinav Gomatam. Venkat Boyanapalli backed the film under the banner of Niharika Entertainment.

Recently, the 37-year-old actor took to his Instagram to announce the official release date of the film by sharing an intriguing poster featuring himself with Sai Pallavi. He wrote, ''This Christmas Shyam will arrive where he belongs :) To the big screen and to your hearts. TELUGU, TAMIL, MALAYALAM, KANNADA.'' The movie is set to release on December 24 in theatres.

Nani is also set to star in other projects like the anthology film Meet Cute along with a venture with director Vivek Athreya. The actor is also gearing up to produce the sequels of the movies HIT and Awe.