In Nani's latest Instagram post, the actor can be seen holding a camera while the rest of crew members can be seen standing next to him. See below - 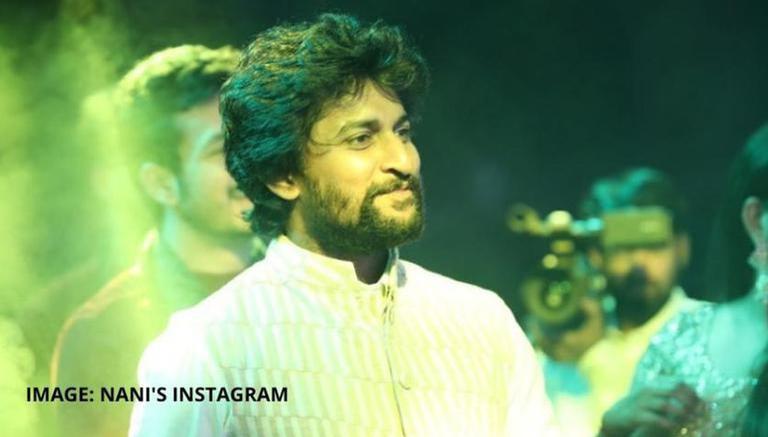 
Indian actor, Nani recently shared a picture of himself with his crew where he is shooting something "special" for doctors. Nani's post comes at a time when the world is fighting the deadly coronavirus.

A number of celebrities and stars have taken to social media to applaud the efforts put in by frontline workers and doctors. Nani, on the other hand, seems to have bigger plans in terms of thanking the healthcare workers who have been saving lives since the beginning of the pandemic.

In Nani's latest Instagram post, the actor can be seen holding a camera while the rest of crew members can be seen standing next to him. The actor shared the photo with the caption, "For our Frontline Workers.. Something special," adding "Coming soon..". The actor also used the hashtag "#ForOurHeroes" in his caption.

READ | Did you know Nani began his career as a radio jockey and then ventured into film industry?

Actor Nani took to Instagram to share another post for the month of June, last week. The actor shared an image in which he could be seen wearing a navy blue shirt while winking at the camera and flaunting his wedding ring, which the camera was focused on. He shared the post with the caption, "Hello June .. be good". Take a look -

READ | Nani wishes sister Deepthi Ganta on her birthday, calls her his ‘mother from same mother’

Apart from the "special" something that Nani is currently working on for the frontline workers of this country, the actor is also slated to appear in a number of upcoming projects. The actor will next be seen in the upcoming Telugu masala film, Tuck Jagadish. The film will also feature Ritu Varma, Aishwarya Rajesh, and Jagapathi Babu in prominent roles. The film which was slated to release in April 2021 has been delayed due to the ongoing COVID-19 pandemic.