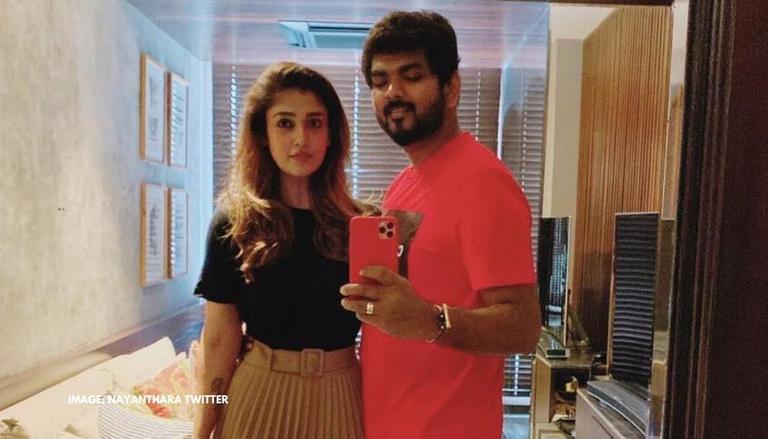 
South Indian star Nayanthara has been in a relationship with boyfriend Vignesh Shivan for nearly six years now. On June 27, the Sye Raa Narasimha Reddy actor, took to her official Twitter space to share a romantic selfie alongside her beau.

In the photo shared by the actor, Nayanthara can be seen donning a casual peach ensemble. On the other hand, her boyfriend Vignesh Shivan has worn a plain white T-shirt. Vignesh has embraced Nayanthara in a warm bear hug as the duo bundle up for a selfie together. Check out the Bigil actor’s Sunday selfie below:

As soon as the picture surfaced on the micro-blogging application, fans of the celebrity couple went gaga over it. While some fans were left wowed by the photograph and hailed them as a ‘lovely couple’, many others were intrigued to know about when the couple is deciding to tie the knot with each other. Here’s taking a quick glance at the fans' reactions to the tweet shared by Nayanthara.

This post comes just a few hours after Vignesh Shivan hosted a Q&A session for his followers on Instagram. While interacting with fans, a lot of his followers asked him vivid questions and the filmmaker candidly replied to them in his own candid style. Vignesh shared many fascinating facts about his personal life and future planning of his wedding with Nayanthara during the interactive session.

One of the inquisitive fans asked Vignesh about his plans of marrying Nayanthara. To which he replied “Romba selavu aagum bro marriage and all”. This translates to “it’ll cost a lot of money to arrange a marriage” in English. “So saving money for marriage and waiting for corona to go away”, he added. Take a look at the answer here: 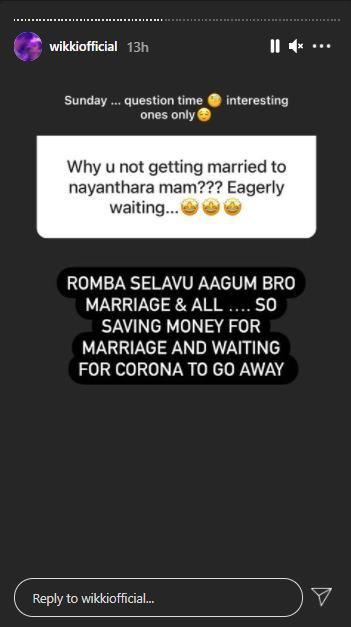 Another fan requested Vignesh to share a secret never-seen-before picture of Nayanthara alongside him. Replying to the same, the director posted yet another mushy and romantic mirror selfie of the duo together. Here’s taking a quick look at the selfie shared by him. 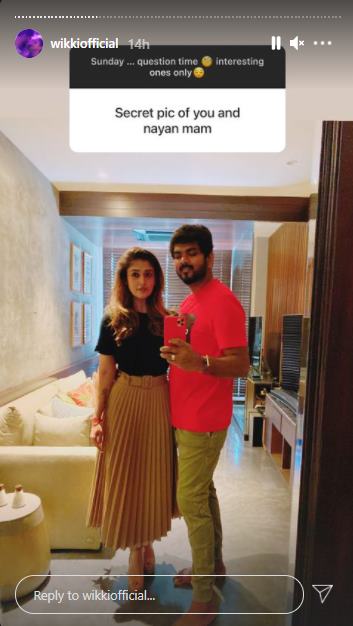