Prabhas To Team Up With 'Arjun Reddy' Director Sandeep Reddy Vanga For His 25th Film?

Prabhas, who is currently shooting for his upcoming mythological drama 'Adipurush', is rumoured to team up with the famous director, Sandeep Reddy Vanga. Read. 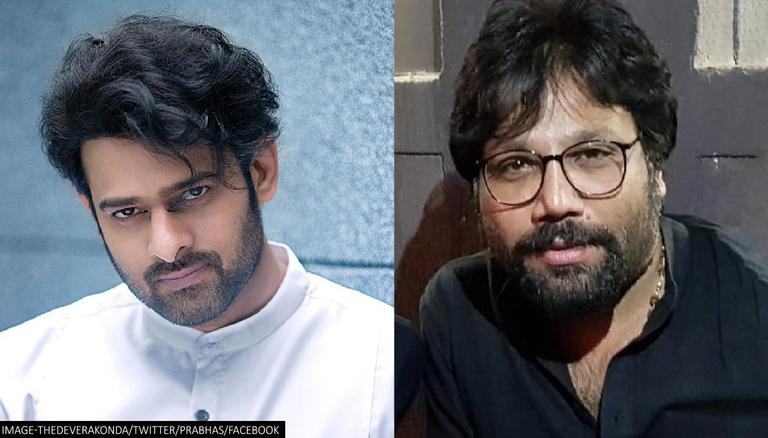 
Prabhas, who is currently shooting for his upcoming mythological drama Adipurush in Mumbai, had recently informed fans that he will be announcing his 25th film on October 7. However, according to Bollywood Hungama, it has been revealed that the actor is teaming up with the famous director, Sandeep Reddy Vanga. Scroll down to know more.

Prabhas has a reputation for experimenting with his characters while selecting projects. From sci-fi drama to rom-com dramas, the South Indian star has tried his hands in all. Prabhas is currently busy shooting for the Om Raut directorial.

Recently, it was revealed that the actor is going to announce his upcoming 25th film on Thursday, October 7. However, as per the report, it seems the Baahubali fame star will be collaborating with the Arjun Reddy fame director Sandeep Reddy Vanga.

According to the outlet, a source revealed that Prabhas 25 is 'definitely materializing' and that the film is going to be 'entirely different from his other films of the past.' Reportedly, the Sandeep Reddy Vanga directorial will be an action entertainer and will present Prabhas in a never-seen-before character. The film is slated to go on floors next year after Sandeep finishes shooting for his Bollywood project, Animal that stars Ranbir Kapoor, Anil Kapoor, Parineeti Chopra, and Bobby Deol.

Sandeep rose to fame with his directorial debut with the blockbuster film, Arjun Reddy, which features Vijay Deverakonda in the lead role. The Telugu drama was also remade in Hindi as Kabir Singh, which was also helmed by him. Recently, as per the report, Prabhas and Sandeep are all set to come together for his 25th film and their alliance might prove a success as the duo are the most talked-about artists in the industry.

Meanwhile, apart from Adipurush that also stars Saif Ali Khan, Kriti Sanon, and Sunny Singh in key roles, Prabhas has a slew of films in the pipeline to release next year. He will be seen in Radhe Shyam that is scheduled for release on January 14, 2022. He will also star in Salaar that is helmed by KGF fame director Prashant Neel.

WE RECOMMEND
Prabhas teases upcoming project with T-series, says 'something big is coming'
Prabhas to announce new film as he completes 25 years in industry on October 7?
Prabhas' doting b'day wish for 'Adipurush' co-star Sunny Singh; 'Had lots of fun on sets'
Prabhas and Pooja Hegde's period drama 'Radhe Shyam' to stick to the original release date
Kareena Kapoor relishes the 'best' biryani ever; thanks Prabhas for 'insane meal'
Listen to the latest songs, only on JioSaavn.com