WATCH | 'Pushpa' Director Sukumar Moved To Tears As Allu Arjun Says 'Without You, I'm Nothing Sir'

Allu Arjun and director Sukumar get emotional at 'Pushpa: The Rise's' success event as the former says 'without you, I'm nothing.' See Video. 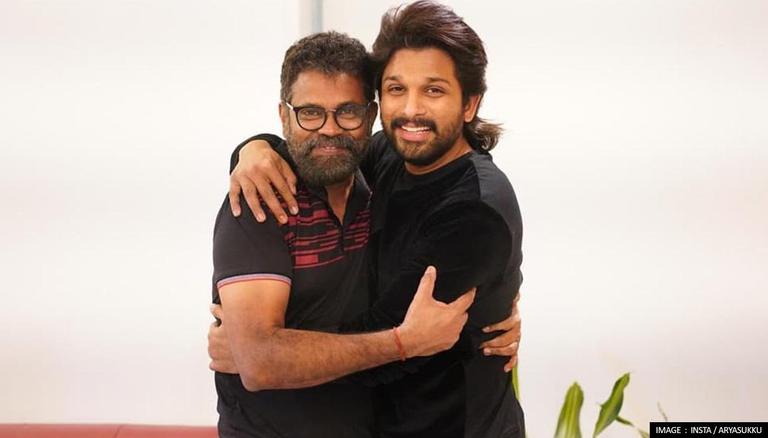 
Allu Arjun starrer Pushpa: The Rise released earlier this month and the pan Indian film has crossed over 100 crore in box office collections. The action drama was helmed by filmmaker Sukumar and is part one of the two cinematic parts. Allu Arjun had earlier worked with Sukumar in the 2004 movie Arya that turned out to be a breakthrough in the actor's career. At the film's success event that took place over this week, the actor and director got emotional as Allu Arjun credited Sukumar for his success.

Allu Arjun and Sukumar get emotional at Pushpa success event

During the Pushpa movie's success event, Allu Arjun got emotional as he credited Sukumar for his success and stardom that he received post, Arya. In his speech, the actor could be heard saying, "After five to six years of Arya, I purchased an expensive sports car, as I the stirring to drive a thought came to mind 'how did I come so far in life' and the first person that came to my mind was Sukumar Garu. Without you, I am nothing sir."

As Allu gave the speech, Sukumar who was present in the audience was seen wiping his tears, while Allu also shed a few tears on the stage. Take a look at the heartwarming exchange between the two below-

Meanwhile, Pushpa: The Rise is an action thriller film and the plot is based on the red sanders smuggling in the Seshachalam Hills of the  Rayalaseema region of Andhra Pradesh. Allu played the lead character, Pushpa Raj, a truck driver who quickly rises in ranks and becomes a part of a syndicate that smuggles red sanders, a rare wood that grows only in the Seshachalam Hills of Andhra Pradesh state. The movie was released on December 17 and has been having a great run at the Box Office even though it clashed with Spider-Man: No Way Home.  A sequel titled Pushpa: The Rule – Part 2 is scheduled to commence production in 2022.