After the release of the first song, ‘Daakko Daakko Meka’ from ‘Pushpa’, the makers of the film are gearing up to launch the next song, ‘Srivalli’. 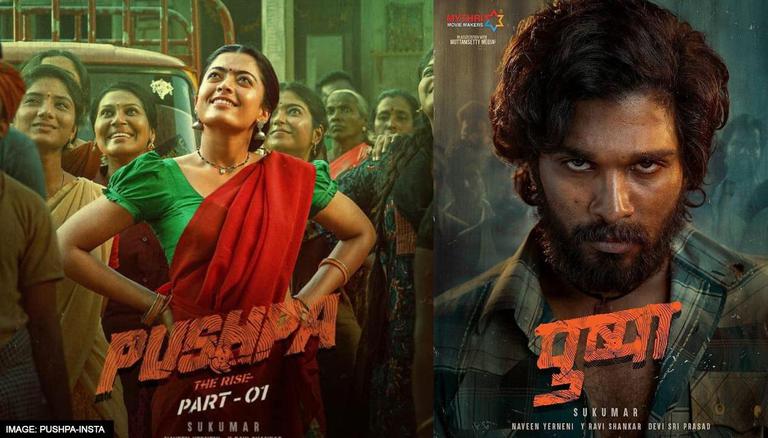 
After the release of the first song, Daakko Daakko Meka from Allu Arjun and Rashmika Mandanna's upcoming film, Pushpa, the makers of the film are gearing up to launch the next song of the film.

The upcoming song is titled Srivalli, and makers warn that it will 'take our breath away'. The filmmakers announced that the song will be released on October 13.

The second song from Pushpa, Srivalli to release on October 13

The next song on the upcoming film, Pushpa is all set to release on October 13. The announcement comes after the first song from the film, Daakko Daakko Meka enthralled the audience on August 13. Rashmika Mandanna takes on the role of Srivalli in the film. The makers of the film took to Twitter to make the exciting announcement as they wrote, "She stole our ferocious #PushpaRaj's heart and she is coming to take our breath away. Second single #Srivalli from #PushpaTheRise on October 13th".

The Allu Arjun starrer is all set to hit the big screens on December 17, 2021. The team behind Pushpa: The Rise took to their Twitter handle to announce the release date of their film. Sharing the news they wrote, "This December, Theatres will go Wild with the arrival of #PushpaRaj. #PushpaTheRise will hit the Big Screens on DEC 17th. #PushpaTheRiseOnDec17 #ThaggedheLe".

Pushpa will get its release in two parts, with the first instalment of the film titled Pushpa: The Rise. The film will release across India and will be available to viewers in five languages, namely, Telugu, Tamil, Malayalam, Kannada, and Hindi. Apart from seeing Allu Arjun and Rashmika Mandanna in the lead roles, Fahad Faasil will also play a pivotal role in the film as he takes on the role of the antagonist. The film will also feature Sunil, Dhananjay, Anasuya, Vennela Kishore, Prakash Raj, Deepak Shetty, and Anish Kuruvilla. The upcoming film will be directed by Sukumar and will follow the red sandalwood smugglers in a region in Andhra Pradesh. It will be based on real events and will see Allu Arjun as a sandalwood smuggler named Pushpa.