'Pushpa' Part 2: From Release Date, Plot, Cast To Shooting Location, All You Need To Know

'Pushpa' Part 2: From release date, plot, cast to shooting location, all you need to know about the Allu Arjun-starrer's next installment. 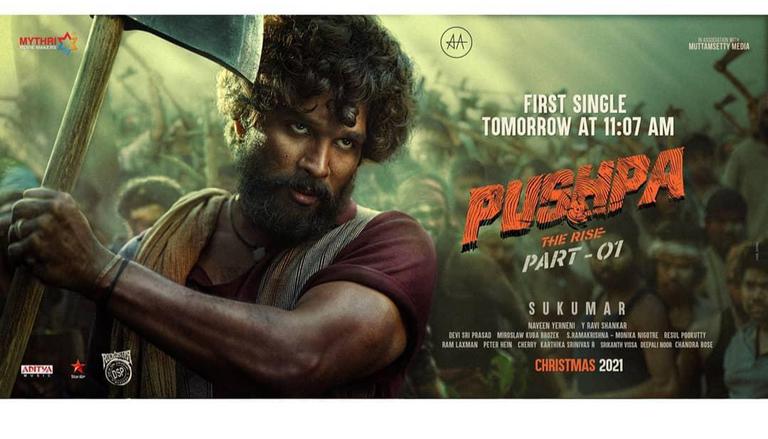 
Allu Arjun-starrer Pushpa: The Rise Part 01 has been one of the phenomenal hits Indian cinema witnessed in recent years. While the film has been a big success in the Telugu belt, it is the colossal success of the Hindi version that left Bollywood trade experts shocked. Amid the massive hype surrounding the film persisting, the movie recently had its OTT release, thereby opening itself up to a wider range of audiences.

With the majority having watched the actioner by now, they might be keen to know details regarding its sequel. Here's everything you need to know on when Pushpa Part 2 could release, its cast and other details concerning the project.

It has now been confirmed that Pushpa will be renewed for a sequel since the complete title of the first instalment mentions the word 'Part 01.' Moreover, the lead actress of the venture, Rashmika Mandanna also gave an update on what to expect from the project. Recently, while expressing gratitude over the love from fans, she shared that the sequel would only be 'bigger and better.'

As far as the release date is concerned, the film and its characters are likely to return in a year's time, probably around the same time when the first instalment was released in 2021. The film is gearing up for release on December 17, as per a report by Pinkvilla.

The director of the film, Sukumar, had confirmed that the film is titled Pushpa: The Rule and that they are targetting a December 17 release next year.

He also confirmed that script is ready and that the film will be shot from February this year. They had shot for two scenes of the sequel, however, he is likely to shoot it afresh.

Sukumar said in the same interview that the story will revolve around giving a 'closure' to Pushpa's life. It will trace the conflict between Pushpa and Bhanawar Singh Shekhawat (portrayed by Fahadh Faasil), he added.

The first instalment was shot in multiple locations like Rampachodavaram and Maredumilli in Andhra Pradesh, apart from another schedule in Kerala. While no official confirmation has come regarding the shooting schedule, the shoot could be held in similar locations as the story revolves around the same characters and is being set in the same backdrop.

Allu Arjun will obviously return as the titular protagonist for the sequel. Rashmika Mandanna as Srivalli and Fahadh Faasil as IPS Shekhawat are other confirmed returnees. Many of the other significant members of the cast are reported to reprise their roles in the second instalment.