Ram Charan and Upasana will mark their 10th anniversary on June 14. Ahead of their special day, their wedding video went viral on the internet. 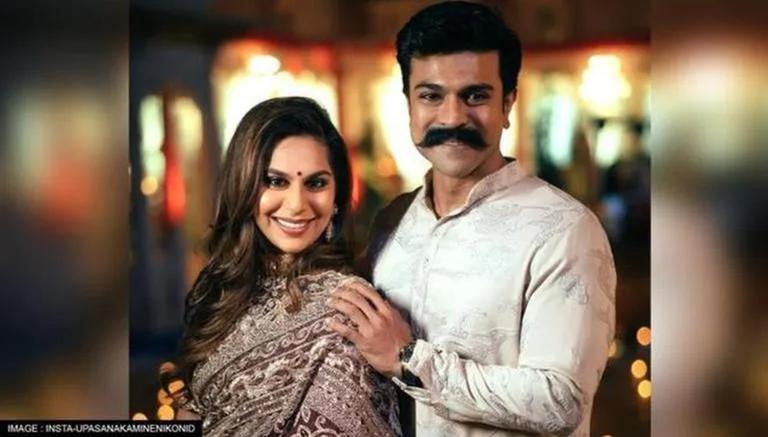 
Ram Charan is one of the most sought-after actors down south. He became a household name all across the nation after the release of his pan-India film RRR. Ram Charan shares a special bond with his wife Upasana Kamineni. She seems to be quite supportive too when it comes to her husband's profession. From promoting Ram Charan's films on her Instagram handle to cheering for him during the promotions of RRR, the star wife has always stood by her husband's side and is his biggest cheerleader.

Ram Charan and Upasana Kamineni's love story is no less than a fairytale. The duo tied the knot in 2012 and since then they have been enjoying marital bliss. The much-loved pair will ring into their 10th anniversary on 14 June 2012. However, ahead of their anniversary, the couple's wedding video surfaced online leaving fans in awe of the couple.

Ram Charan and his wife Upasana Kamineni will celebrate 10 years of togetherness on 14 June. The duo married each other on 14 June 2012 at the Temple Trees Farm House in Hyderabad. The couple has always maintained a low key about their private life. Recently, ahead of their anniversary, the duo's wedding clip surfaced online. The clip perfectly captures the love bird's entry at the temple porch to them exchanging the garlands.

Take a look at the video-

As soon as the post surfaced online, fans took to the comments section and showered love on the post. One of the users wrote, "My favourite RC and Upsi ❤️❤️❤️❤️ Adorable couple ❤️❤️❤️❤️" while another wrote, "Cute couple 😍😍😍" whereas, the rest of the users simply dropped heart emoticons.

For the unversed, Upasana is an entrepreneur as well as the Vice-Chairperson of a health and wellness magazine by profession. On the other hand, Ram Charan was recently in Vizag shooting for the Kiara Advani co-starrer, tentatively titled RC15. It is being helmed by director S. Shankar. The film marks the leading actors' second collaboration after the 2019 Telugu action-thriller Vinaya Vidheya Rama.

READ | Ram Charan's fan walks 264 km to meet and gift him a portrait made of rice; Pics go viral