Rashmika Mandanna On Her Bollywood Debut With 'Mission Majnu'; "Firsts Are Always Special"

As Rashmika Mandanna geared up for her Bollywood debut with the upcoming movie, 'Mission Majnu', she opened up about her experience of working in the film. 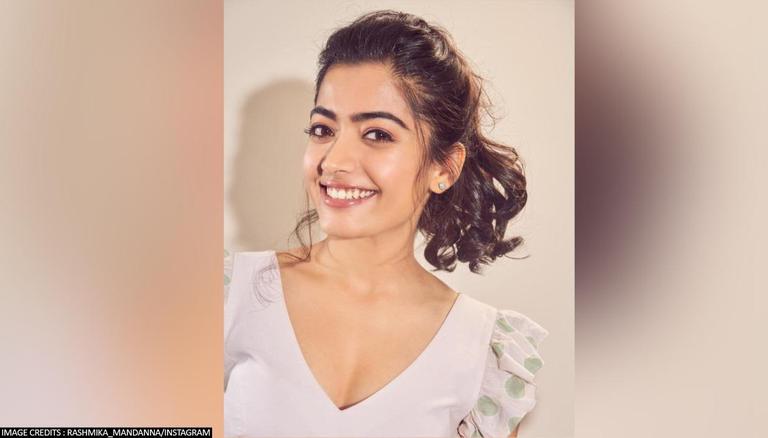 
Rashmika Mandanna is one of the prominent actors from the South Indian movie industry who has been a part of some of the iconic Telugu and Kannada movies. As the actor awaits the release of her Hindi debut movie, Mission Majnu, she recently talked about how happy she was on being a part of the film. She even felt lucky that she was beginning her Bollywood journey with a beautiful cast and mentioned how much she loved the entire team.

Rashmika Mandanna on her Bollywood debut with Mission Majnu

According to the inputs by ANI, Rashmika Mandanna recently spoke about her upcoming movie, Mission Majnu, and stated how her first Bollywood movie had given her an opportunity to transcend her boundaries. She said, "Firsts are always the most special, and Mission Majnu being my first has given me an opportunity to transcend my boundaries and how. My heart feels happy to know that I started my journey in Hindi cinema with this film with these beautiful people.”.

Recalling the time when the movie was being narrated to her, she mentioned that she knew it in the first narration that she wanted to do this film and added how the movie gave her a chance to explore the Northern part of India. "In the first narration itself I knew I wanted to be a part of this film because I knew if not, for now, I'd not have done this character again or later on it's one of those roles. It's a now or never kinda character. Mission Majnu has given me so many firsts- from exploring the northern part of India, the culture, the language, the people, the industry, and working with such a wonderful team and the co-actors. I couldn't have asked for more. I love you Team Mission Majnu”, she stated. Directed by Shantanu Bagchi, the popular cast of the movie will include actors namely Sidharth Malhotra, Parmeet Sethi, Sharib Hashmi, Zakir Hussain, Kumud Mishra and others.

Rashmika Mandanna will be essaying the lead role in Mission Majnu opposite the Shershaah actor, Sidharth Malhotra. As the movie wrapped up a while ago, the fans have been waiting for the makers to unveil the release date. Apart from this, the actor will also be seen in Telugu movies namely Pushpa, as well as Aadavaallu Meeku Johaarlu. Rashmika is also gearing up for her second Bollywood movie, Goodbye, which is being directed by Vikas Bahl.

READ | 'Made me smile': Rashmika Mandanna takes time to make a sweet entry into her digital diary