'Rowdy Rakshak' Cast: Actors And Characters They Portray In The 2019 Action Film

'Rowdy Rakshak' cast includes well-known names from the South Indian industry like Suriya and Mohanlal. Read on to know about the cast and their other works. 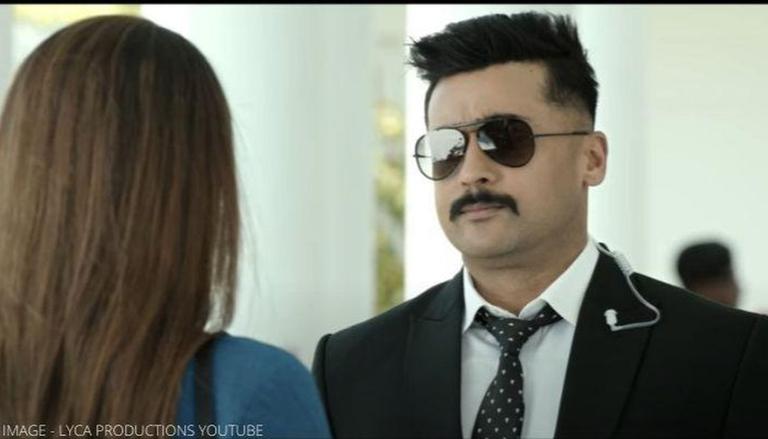 
Rowdy Rakshak is an action thriller film written and directed by K. V. Anand and co-written by Pattukkottai Prabakar. The plot of the movie revolves around an organic farmer and a Special Protection Group (SPG) officer who struggles to protect the Prime Minister from a mysterious man who threatens his life. Kathir also has to deal with agricultural issues cropping in his village and those responsible for it. Here is everything you need to know about the cast of Rowdy Rakshak.

Rowdy Rakshak cast includes Mohanlal portraying the character of Chandrakanth Varma, Prime Minister of India. Mohanlal predominantly works in Malayalam films but has also appeared in Tamil, Telugu, and Kannada movies. He has been a part of the film industry for more than four decades and has featured in over 340 films to date. He has numerous accolades to his name including five National Film Awards, nine Kerala State Film Awards, Filmfare Awards South, Padma Shri, Padma Bhushan among many others. His popular works include Paradesi, Kilichundan Mampazham, Balettan, Hariharan Pillai Happy Aanu, Onnaman, and Praja.

READ | 'Creed 2' cast: Know the actors who starred in this 2018 sports drama movie

Arya plays the character of Abhishek Varma, son of Chandrakanth Varma, and later the Prime Minister of India. Arya works primarily in Tamil movies and has won the Filmfare Award for Best Male Debut South and received two nominations each for Filmfare Awards and Vijay Awards. His popular works include  Arinthum Ariyamalum, Pattiyal, Raja Rani, Vettai,  Naan Kadavul among others.

READ | 'An American In Paris' cast: Know the actors who starred in this classic romantic film

Sayyeshaa Saigal portrays the role of Anjali, PM's Press Secretary, and Kathir's love interest. She predominantly works in Tamil films and started her career in the year 2015. Her popular works include Shivaay, Akhil, Vanamagan, Kadaikutty Singam, Teddy among many others.

Image: Still from the trailer

READ | 'Princess Diaries' cast: Know all about the actors and their characters in 2001 film