Sai Dharam Tej's health was being monitored in the ICU after a bike accident on Friday as celebrities expressed their concern. A case too was lodged. 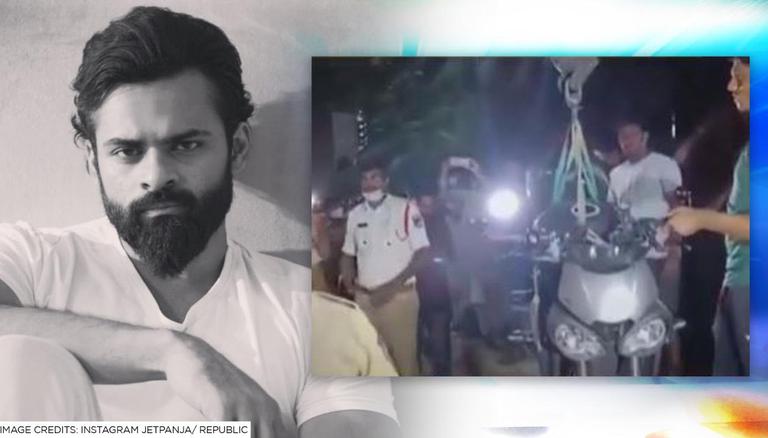 
Sai Dharam Tej's health is being monitored in the Intensive Care Unit after the Telugu film actor met with an accident in Hyderabad on Friday. The doctors stated that all his major organs were functioning well. Tej suffered a collarbone fracture and soft tissue injuries, the hospital shared in the previous statement.

In the new statement, the hospital said that his health was stable and that his major organs were functioning well.

Mr Sai Dharam Tej is stable and all major organs are functioning well.

He will continue to be on assisted respiration in ICU for controlled close monitoring and additional investigations will be performed during the day.

The next medical update will be shared tomorrow.

In the earlier update too, the hospital had shared that there were no major injuries to his brain, spine and other organs, based on the preliminary investigations. They had added that there was no need for any immediate surgical intervention.

Meanwhile, as per reports, the police have registered a case against Sai Dharam Tej. The case was reportedly filed under section 336 of the Indian Penal Code and Motor Act 184 for rash driving and negligence.

"He was wearing helmet & was not drinking alcohol. His bike skid due to mud on the road. He is out of danger & is currently receiving treatment," the police had then stated.

The presence of celebrities at the Apollo Hospital continued. Sai Dharam Tej's cousin, Telugu star Ram Charan and wife Upasana Kamineni, were clicked by the media persons at the venue. A day before, his uncle, veteran actor-politician Pawan Kalyan, and producer Allu Aravind, among others had been spotted at the hospital premises.

Tollywood actors like Jr NTR, Bellamkonda Srinivas, Sudheer Babu, among others too shared their concern for Sai Dharam Tej on Twitter.

The actor was riding below a cable bridge at Madhapur in Hyderabad when his sports bike, said to be worth Rs 18 lakh, skidded and he fell on the road. A CCTV video of the incident has also surfaced on the Internet.