There are reports that Rashmika Mandanna has been replaced by Sai Pallavi in the sequel of Allu Arjun's 2021 film 'Pushpa: The Rise.' 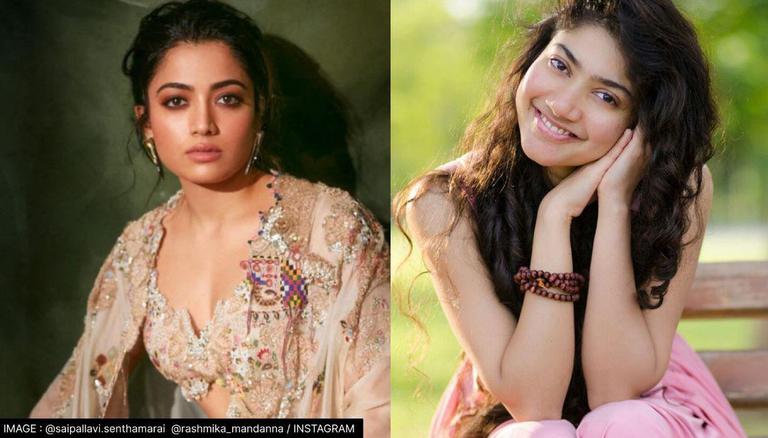 
No, Rashmika Mandanna is not replaced by 'Gargi' star Sai Pallavi in 'Pushpa 2.' Rashmika Mandanna, who held an 'Ask Me Anything' session for her fans on Instagram on Monday, clarified that she's very much a part of Sukumar's film.

There were reports that Rashmika Mandanna has been replaced by Sai Pallavi in the sequel of Allu Arjun's 2021 film 'Pushpa: The Rise.' However, on Monday, when a fan asked the 'Geetha Govindam' star to give an update about her next films, especially the ones that are lined up to release in 2023, the actor wrote, "Animal, Mission Majnu, Varisu and Pushpa 2."

Rashmika's response made it clear that the reports about her replacement in 'Pushpa 2' are not true.

Check out a screenshot of her Instagram Story here: Rashmika played the love interest of Allu Arjun in the highly acclaimed film 'Pushpa: The Rise.' Her role as Srivalli became a fan favourite. The Sukumar directorial ended on the note of Srivalli tying the knot with Allu Arjun's Pushpa. The sequel to the film 'Pushpa: The Rule' is said to release sometime this year.

'Pushpa: The Rise', also starring Fahadh Faasil, was declared a blockbuster hit at the box office.

Rashmika, who made her Bollywood debut with Amitabh Bachchan's 'Goodbye,' will be soon seen in her second Hindi film 'Mission Majnu', co-starring Sidharth Malhotra. The film is all set to hit the big screen on January 19.

Other than 'Mission Majnu' and 'Varisu', Rashmika will also be seen playing the lead role in Ranbir Kapoor's 'Animal.' The film, directed by 'Arjun Reddy' fame Sandeep Reddy Vanga, will also star Anil Kapoor in an important role.