Actor Rana Dagubatti and interior designer Miheeka Bajaj on Thursday made their relationship official with a 'Roka' ceremony.

Actor Rana Dagubatti and interior designer Miheeka Bajaj on Thursday made their relationship official with a 'Roka' ceremony. Joining the happy couple was South Indian actor Samantha Akkineni along with husband Naga Chaitanya.

Samantha chose to wear a ravishing and yet simple yellow Sabyasachi outfit and this wasn't the first time that she wore it. The actor wore the same outfit in December 2018. The difference was the styling after two years. Samatha chose to wear mangalsutra and kept her hair open at Dagubbati's Roka ceremony, meanwhile, in 2018 she completed her look with a diamond emerald choker.

A post shared by Samantha Akkineni (@samantharuthprabhuoffl) on Dec 23, 2018 at 4:09am PST 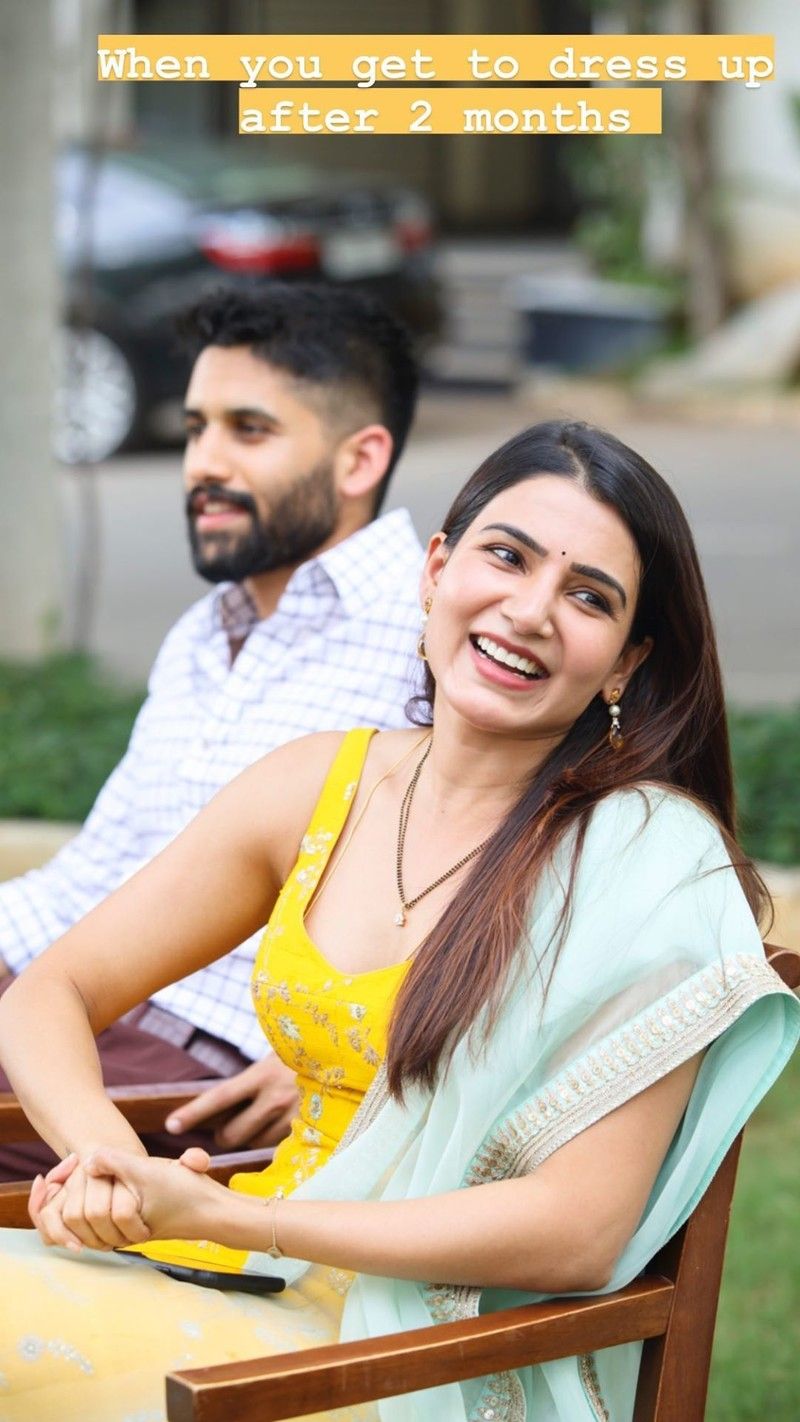 Rana Dagubbati and Miheeka took to Instagram to share pictures from what appeared to be an intimate affair, where they were dressed in traditional attire. "And it's official," the "Baahubali" star captioned a picture of the couple. Rana sported a white shirt with a matching lungi, while his fiancee wore a multicoloured sari. Miheeka also shared photographs of the ceremony and wrote "To the beginning of forever."

A post shared by Samantha Akkineni (@samantharuthprabhuoffl) on May 21, 2020 at 7:13pm PDT

Earlier this month, Rana shared on Instagram that he had proposed to Miheeka. He had uploaded a picture of the duo, which was captioned: "And she said yes."

On the work front, Kaathu Vaakula Rendu Kaadhal is an upcoming Tamil movie, featuring Nayanthara, Samantha Akkineni, and Vijay Sethupathi in lead roles. The shoot of the movie was stalled in March 2020, due to the pandemic. However, according to reports, the shoot is likely to commence in August.

PEOPLE HAVE PLEDGED SO FAR
LATEST NEWS
View all
16 hours ago
Suriya after watching 'Ponmagal Vandhal': I am satisfied as a producer and viewer
2 hours ago
Prabhas opens up about what inspired him to enter the acting industry
2 hours ago
Vikram Gokhale helps Marathi entertainment industry by donating land worth ₹2.5 crores
15 hours ago
Malayalam actor Gokulan ties the knot with girlfriend Dhanya in lockdown. See pictures
2 hours ago
Tamilrockers leak 'Ponmagal Vandhal' prior to its planned OTT release date