Samantha Ruth Prabhu cannot help but fulfil her fangirl dream during her trip to Uttarakhand when she visited the Ashram where The Beatles once visited. 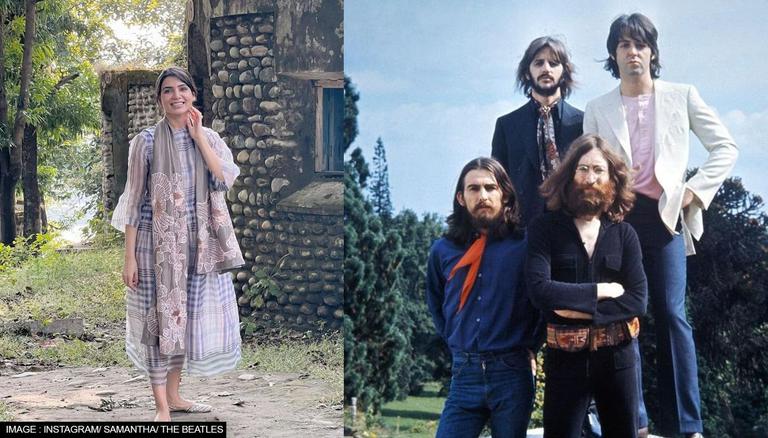 
Actor Samantha Ruth Prabhu is currently on vacation mode and she took to her social media handle to share moments from her trip to Uttarakhand with her fans. The actor recently lived her fangirl dream when she visited Maharishi Mahesh Yogi's Ashram in Rishikesh with her best friend Fashion Designer Shilpa Reddy. Sharing the pictures from the visit, the actor was seen enthusing over the place where the popular English rock band The Beatles once visited.

Taking to her Instagram on October 22, the 34-year-old shared multiple pictures of her visit to the Maharishi Mahesh Yogi's Ashram located in Rishikesh. She went there with her best friend Shilpa Reddy who also shared several pictures and videos from the trip. The band had visited the Ashram in 1968 February to take part in a Transcendental Meditation training course of Maharishi Mahesh Yogi. Moments from their visit have been photographed throughout the Ashram where people can visit.

One such visitor was the fangirl, Samantha Ruth who appeared enthusiastic about sharing the same space at The Beatles albeit in a different time as she wrote, ''To stand where the Beatles once did 😍 At Maharishi Mahesh Yogi’s ashram where they practised 'Transcendental Meditation ‘ and wrote some of their famous songs.. 48 of them 😳.. I mean 😳 😍 #fangirlforever #apieceofmychildhood #thebeatlesinrishikesh #1968 #SpiritualIndia #IncredibleIndia'' 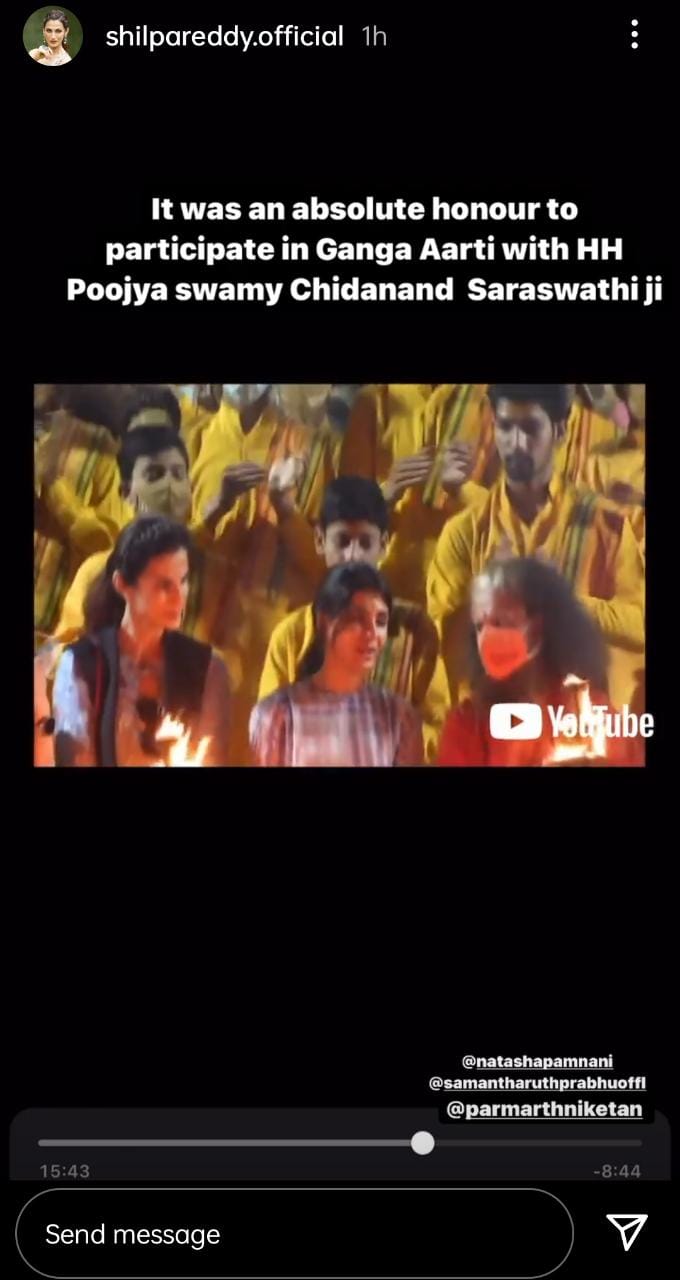 The actor has been documenting her trip from the time she and Shilpa jetted off to the Yamunotri. Along with the picturesque locations, the actor also visited Shri Swami Puroshotam Nand Ji Maharaj Vashishth Ashram during her trip.

The actor made headlines earlier in October when she announced her split from actor Naga Chaitanya. Taking to her Instagram, they both wrote, ''To all our well-wishers. After much deliberation and thought Chay and I have decided to part ways as husband and wife to pursue our own paths. We are fortunate to have a friendship of over a decade that was the very core of our relationship which we believe will always hold a special bond between us. We request our fans, well wishers and the media to support us during this difficult time and give us the privacy we need to move on. Thank you for your support.''

On the work front, the actor is all set to star in the upcoming bilingual film by the debutant director Shantaruban Gnanasekharan. She recently wrapped up filming of the mythological Telugu film Shaakuntalam directed by Gunasekhar and the Tamil film Kaathu Vaakula Rendu Kadhal.

READ | Samantha Ruth Prabhu on vacay mode in Rishikesh; shares glimpses of her trip to the hills

WE RECOMMEND
Emraan Hashmi shares teaser of upcoming film ‘Dybbuk – The Curse’; Fans show excitement
Samantha Ruth indulges in 'intense tug of war' with friends; fans are all hearts | Watch
Samantha Akkineni is all praise for her friend Shilpa Reddy; Here's why
'The week that was': Samantha Akkineni's adventurous yet fun vacation in Goa; See pics
Jemimah Rodrigues responds after Kevin Pietersen labels her as 'favourite player'
Listen to the latest songs, only on JioSaavn.com