Saranya Sasi was one of the most loved actors in the Malayalam film industry. Her close friend Seema Nair wrote a heartfelt letter after her passing. 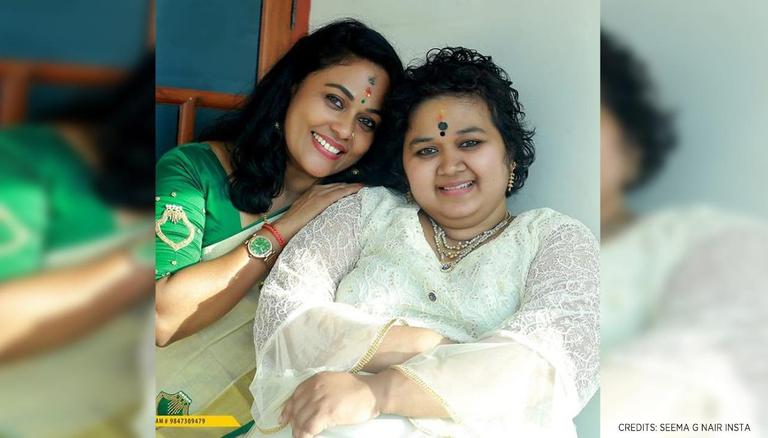 
Renowned actor Malayalam actor, Saranya Sasi died at the age of 35 after battling cancer for ten years. Netizens and the film fraternity took to their social media to pay their condolences and tributes to the later actress. The fans, however, were awaiting actor Seema Nair, one of the closest friends of Sasi, to speak on the unfortunate incident.

Saranya Sasi breathed her last on August 9, following her ten-year-long cancer battle in a local hospital in Thiruvanthapuram, Kerala. Taking to Facebook, one of the closest friends of the late actor, actress Seema Nair mourned her death with a heartfelt note on Monday. Sharing multiple pictures, she wrote, 'പ്രാർത്ഥനകൾക്കും പരിശ്രമങ്ങൾക്കും വിരാമം.. അവൾ യാത്രയായി... (No more prayers and efforts... She left...)'. Take a look at the Facebook post here.

Nair and Sasi's friendship was appreciated by many in the Malayalam film industry. After getting diagnosed with a brain tumour in 2012, the actor left her career, underwent 11 surgeries and went bankrupt due to the extensive medical bills. Nair, however, stood beside Sasi through her decade-long battle. Nair also updated the actress’ fans about her deteriorating health on YouTube and asked them to support her parents, financially. The 53-year-old actor also built a house for Saranya Sasi, which garnered several headlines.

Seema Nair shared the news of Saranya Sasi being taken to a hospital on May 23 after contacting the Coronavirus. The actor underwent treatment in the ICU for over a month. After getting discharged from the hospital, the actor continued to face health issues. She passed away on August 9, after being shifted to hospital due to pneumonia and low sodium levels in her blood.

READ | Will Khushi Kapoor make her debut in Tollywood instead of Bollywood?

Earlier, the late actor's friends from the entertainment industry set up a fundraiser to support her financial bills. Before her diagnosis, Sasi was one of the most sought-after actors in the Malayalam film industry. She is popularly known for her work in TV shows like Manthrakodi, Seetha and Harichandanam. She also appeared alongside Mohanlal in movies like Chotta Mumbai, Bombay, Chacko Randaman and Thalappavu.

WE RECOMMEND
Saranya Ponvannan's daughter Priyadarshini gets engaged in Chennai; see pics
'Kudumbavilakku' star Saranya Anand marries Manesh Ranjan; see pictures
Filmmaker AB Raj passes away at the age of 95 in Chennai; Read details here
'Jaanbaaz Khiladi' Cast: Have a look at the actors of this Hindi version of the movie Puli
Did you know Vijay Sethupathi starred in short films before shining on the big screen?