Raashii Khanna is all set to kick off her shooting schedule on the sets of er upcoming Tamil venture 'Thiruchitrambalam' with actor Dhanush. 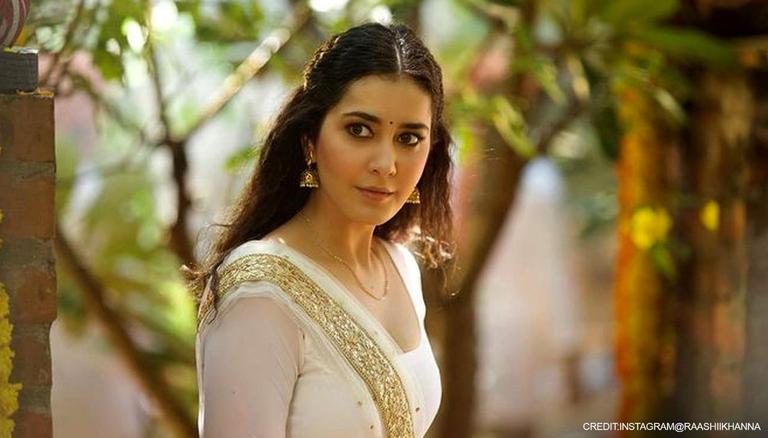 
Bengal Tiger fame Raashii Khanna commenced shooting for her upcoming Tamil film with superstar Dhanush titled Thiruchitrambalam. Marking the reunion of Dhanush and director Mithran Jawahar, the movie officially went on floors on August 6. Take a look at Khanna's sneak peek into her first day of shooting on the sets.

Taking to her Instagram story, the 30-year-old actor announced her entry on the sets of her forthcoming Tamil movie. She uploaded a picture of her getting ready for a screen and getting her makeup done. In the picture, Khanna sported an all-blue denim look with a white tee underneath. She was seen reading her scripts and prepping for her scenes. The actor wrote on the story, ''And we begin shooting for #Thiruchitrambalam' and accompanied it with a heart emoji. 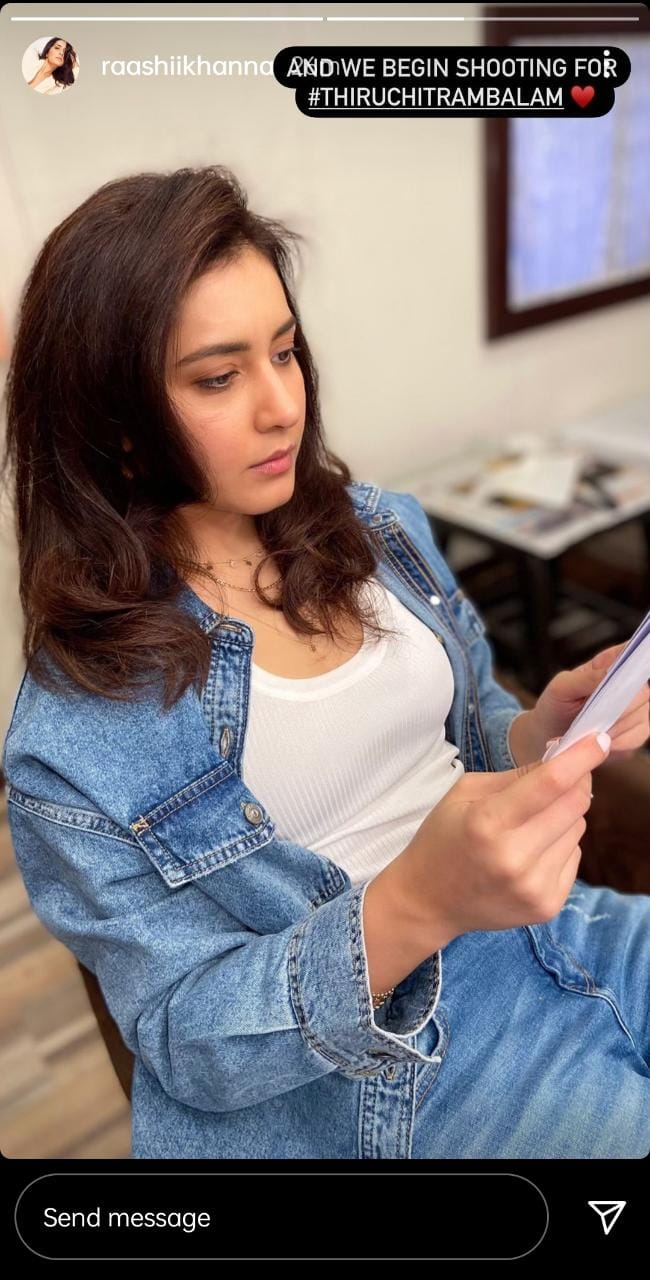 Earlier, the makers and cast of the movie took to their official social media handle to announce the commencement of the shooting. Raashii Khanna replied to the tweets and said she was excited about working with the team. She wrote, ''Extremely elated to be on board! Really looking forward to working with @dhanushkraja and @sunpictures. I look forward to working with Dhanush, who has contributed in such a huge way to the cinema. I’ve so many people to thank for the work that comes my way – the audience who love my work and the filmmakers and content creators (who) trust it''.

Previously titled D44, the film is produced by Sun Pictures and directed by Mithran Jawahar. Along with Khanna and Dhanush, the movie will also feature some of the talented artists of the industry with the likes of Nithya Menen, Prakash Raj, and director-turned-actor Bharathiraja. Anirudh Ravichander, who is a frequent collaborator of actor Dhanush, will be responsible for the music.

READ | From Dulquer Salmaan to Raashii Khanna, top IG posts by South celebs over the weekend

Raashii Khanna is gearing up for an OTT venture on Amazon Prime Video starring alongside Shahid Kapoor and Vijay Sethupathi. The venture is directed by Raj Nidimoru and Krishna DK. The actor also has several projects lined up in her kitty such as director Rajesh Mapuskar’s web series Rudra -The Edge of Darkness, Tughlaq Durbar, Aranmanai 3, and Bhramam.