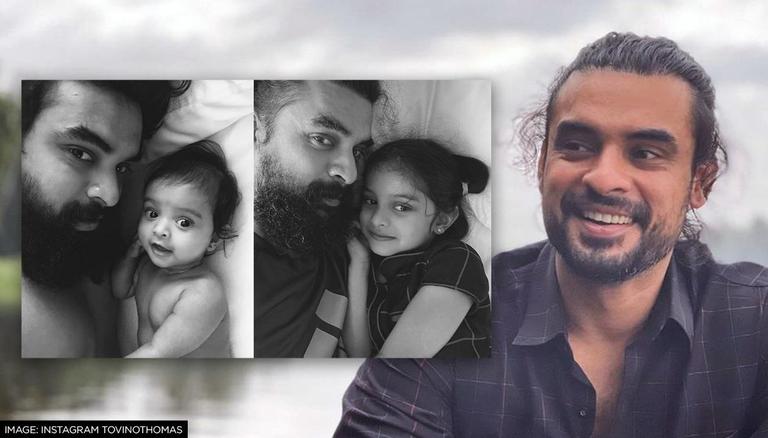 
On his daughter, Izza's sixth birthday, Minnal Murali star Tovino Thomas penned a heartwarming note for his 'absolute partner in crime'. In a letter to his younger one, Tovino thanked her for accompanying him in his 'crazy adventures', noting that despite playing myriad characters in various films, his favourite part will always be that of her 'Appa'. He promised to make sure that Izza grows up to be a 'fearless, independent and strong woman.' For the unversed, Tovino Thomas married his longtime girlfriend Lidiya and the couple shares two children Izza and Tahaan.

Taking to his Instagram handle on Tuesday, January 11, Tovino shared a video of the father-daughter duo enjoying in water and wrote, "Izza, Thank you, for jumping into every crazy adventure with me, without even a second thought. It fills my heart when I see you wanting to do all that Appa does. I need you to know, you can do everything that Appa does and even more.
Thank you for being my absolute partner in crime!."

He further added, "As an actor, I am blessed with having the opportunity to play various characters, but my most favourite role will always be that of your Appa. I know that you right now believe that I am a superhero with all the powers in the world, but you will realize soon that I am not all that powerful." Tovino also quipped how Izza would always keep her head high and stand up for what's right.

Lastly, he added, "I may or may not be able to make this world a better place for you to grow up in. I sure will try. But I will ensure that you can grow up to be the most beautiful and confident version of yourself. That you will be your own Superhero! Love, Appa".

Meanwhile, Tovino was last seen in the superhero actioner Minnal Murali, which also featured Harisree Ashokan and Aju Varghese in pivotal roles. He will next be seen in a thriller film titled Naaradan, which also stars Anna Ben in a pivotal role. Directed by Aashiq Abu, the film is slated for a January 2022 release.

READ | Is 'Minnal Murali' 2 official? When will the sequel to Tovino Thomas starrer release?