South Indian actor Vijay Sethupathi recently visited the late Kollywood actor and comedian Vadivel Balaji’s house and offered his heartfelt condolences to his family. Vadivel Balaji passed away on September 10 due to a heart attack after being shifted to a government hospital from a private hospital, where he was treated for 15 days. A report published in sify.com claims that Vijay Sethupathi also offered financial assistance to Vadivel Balaji’s family.

Also Read | Neena Gupta Reveals She Met Her Husband On A Plane; Says 'this Is Why I Believe In Fate'

Fan-shared pictures of the funeral:

The report further adds that Vijay Sethupathi asked Vadivel’s family to contact him whenever they need help in the future. Soon after Vijay Sethupathi promised help to Vadivel’s family, fans of the actor rushed to their social media handles and lauded him for his 'magnanimity'. More so, some fans also thanked the actor for 'inspiring' them with his good deeds. Take a look at how fans reacted: 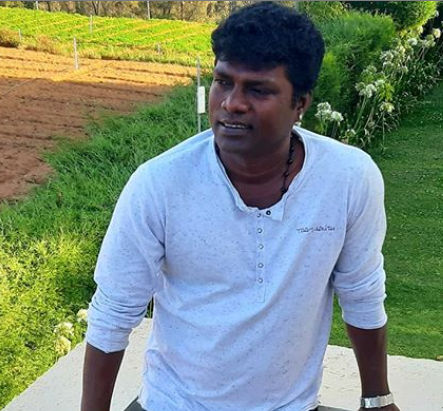 Mr Vijay Sethupathi is such a talent star. He is so magnanimous and so well brought up. He inspires me to be the kind of a person, who can change the world. Sir, thankyou for helping Vadivel's family. We will always remember you in our prayers. Thanks sir. https://t.co/2kfMYVDxk7

Also Read | Neena Gupta Reveals She Met Her Husband On A Plane; Says 'this Is Why I Believe In Fate'

Vijay won accolades for his performance in Super Deluxe. Starring Vijay Sethupathi, Fahadh Faasil and Samantha Prabhu in the leading roles, Super Deluxe follows the story of an unfaithful newly-wed wife, an estranged father, a priest and an angry son, who find themselves in the most unexpected predicaments, each poised to experience their destiny. Helmed by Thiagarajan Kumararaja, Super Deluxe features Vijay in a never-seen-before avatar, as the actor plays a transgender character in the film. Reportedly, Malayalam cinema heartthrob Nadiya Moidu was approached to play a vital character in the film but later was replaced by Ramya Krishnan in the movie.

WE RECOMMEND
2 weeks ago
Neena Gupta reveals she met her husband on a plane; says 'this is why I believe in fate'
2 weeks ago
India & China reach 5-point consensus amid LAC tensions as Jaishankar meets Wang Yi
2 weeks ago
Fans mourn Vadivel Balaji's demise, say 'A good TV actor gone too soon'
3 months ago
Sonam Kapoor lashes out over 'girlfriends, exes' being targeted amid Sushant Singh's death
3 months ago
Kiara Advani shares a cute picture with birthday girl Disha Patani; Check out