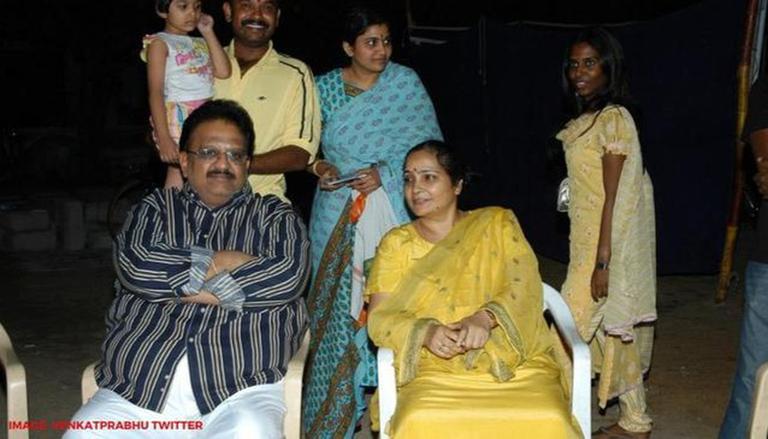 
Many across the Indian Film Industry are celebrating the legendary musician SP Balasubrahmanyam, as June 4, marks the late musician’s birthday. Among a long list of fans and celebrities, Venkat Prabhu also took to his Twitter handle and wished SPB on his birth anniversary. Read along and take a look at the throwback pictures that the filmmaker had to share and what he had to say.

The filmmaker took to the micro-blogging site on the morning of June 4, 2021, and shared a couple of pictures that feature SPB. The pictures look like they were taken at family functions. While the first picture seemed to be taken when Prabhu was a kid, the second one was taken much later. In the second picture, SPB sat on a chair, while Prabhu stood behind him and the two smiled at the camera.

Venkat Prabhu is close friends with the late musician’s son and playback singer SPB Charan. The two have worked together on several projects and Charan also produced the first film which Prabhu directed, titled Chennai 600028. He kept his tweet simple and wrote, “Miss U Balu Uncle”, further adding the hashtags #SPB and #HBDSPB in his tweet.

SPB tested positive for COVID-19 back in August 2020, following which he was admitted to MGM Healthcare in Chennai. His health was deteriorating after which he was moved to the ICU and tested negative for the virus, more than a month later on September 7, 2020. His son SPB Charan was sharing constant updates about his health on social media platforms, following which a virtual prayer meeting was also held by members of the Tamil Film Industry. The late musician was moved on maximal health support on September 24 and succumbed due to his health complications a day later on September 25, 2020.

Venkat Prabhu on the work front

The actor recently directed the segment titled Lokham, for the romantic anthology film Kutty Story which released on February 12, 2021. His latest directorial project was the Hotstar movie, Live Telecast. The horror thriller starred Kajal Aggarwal in the lead role.

READ | Venkat Prabhu pays tribute to his mother, says 'I have lost the Goddess of our family'