Veteran Ollywood actor Mihir Das passed away on Tuesday at the age of 63 in Cuttack, India. The actor has a career spanning over three decades. 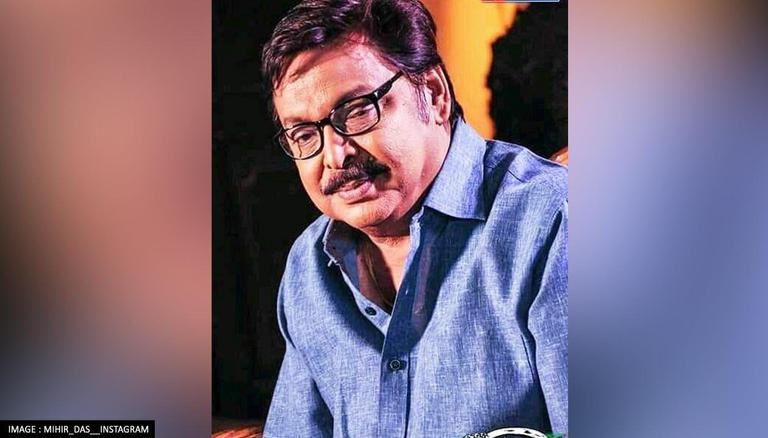 
Veteran Ollywood actor Mihir Das passed away on Tuesday at the age of 63 in Cuttack, Odisha. Das worked in several Odia language films throughout his career and is best known for his role in movies like Pheria Mo Suna Bhauni, Laxmi Pratima and Rakhi Bandhili Mo Rakhiba Mana. The reason for his death hasn't been revealed yet.

As per ANI, the veteran actor was undergoing treatment at a private hospital in his home town of Cuttack, India. The 63-year-old actor was a chronic renal patient who was undergoing dialysis for the last few years. Dharmendra Pradhan, the Minister of Education and Minister of Skill Development and Entrepreneurship took to his Twitter handle and offered his condolences on Mihir Das' demise. He wrote, "Pained by the untimely demise of legendary Odia film actor Shri #MihirDas. A fine human being and a household name in Odisha, his performances won million hearts. An elder brother to me, Shri Mihir’s passing away is a personal loss. Condolences to his family and admirers."

A fine human being and a household name in Odisha, his performances won million hearts. An elder brother to me, Shri Mihir’s passing away is a personal loss. Condolences to his family and admirers. pic.twitter.com/F4oqQbIdUp

Mihir Das made his debut in the Odia film industry with an art film School Master and then in commercial (non-art) film Mathura Bijay in 1979. The actor went on to receive wider applause and recognition for his performance in Pua Mora Bholashankar. Gracing the screens for more than three decades, he received the Best Actor award from the state government for his performance in movies Laxmi Protima in 1998 and Pheria Mo Suna Bhauni in 2005.

The actor was married to singer and artist Sangita Das, who died in 2010 due to a heart attack. Several politicians and filmmakers paid tribute to the veteran actor via their social media handles. Take a look-

My heartfelt condolences to the family and friends. Odia cinema has lost a gem! #MihirDas 🙏🏼 pic.twitter.com/bTNPfjqVN4

Saddened by the passing away of veteran Odia actor Shri Mihir Das - one of the most talented actors from Odisha. He was a good man with a good soul. Praying for his departed soul to rest in peace. Condolences to family, friends and legion of fans. pic.twitter.com/08YCSaQvbu

Heartbreaking to hear that Veteran Odia Actor Mihir Das is no more. Can't believe he is gone so soon. A true pioneer of the Odisha Entertainment industry. My deepest condolences to the family and loved ones
Om Shanti 🙏