Actor Song Kang Ho lifted the Best Actor trophy at the Cannes Film Festival for his role in 'Broker', becoming the first male Korean star to achieve the feat. 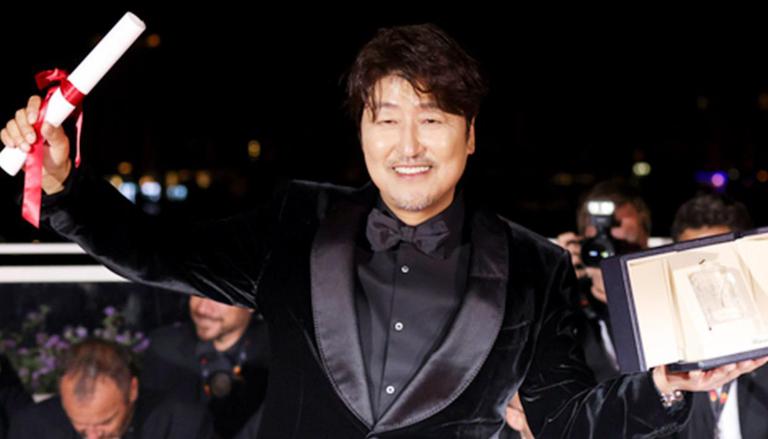 
Parasite fame Song Kang Ho lifted the Best Actor trophy at the 2022 Cannes Film Festival for his role in Broker. With the latest accolade, he has become the first male Korean actor to achieve this feat. South Korean drama Broker comes as Japanese director Hirokazu Kore-eda's first Korean-language feature, revolving around a group of people in their attempts to sell a baby they found in an ‘adoption box', only to form a family with the little one.

Song Kang Ho's victory also comes after he became the first Koren male star to be a part of the Cannes Film Festival jury in 2021. He played a pivotal role in Parasite, which became the first Korean movie to be given the prestigious Palme d’Or, the film festival's top honour.

For the uninitiated, actress Jeon Do Yeon was the first Korean artist to win the Best Actress at Cannes in 2007, owing to her role in Secret Sunshine. It's interesting to note that the project also starred Kang Ho.

Park Chan Wook became the second Korean filmmaker to bag the Best Director award at Cannes Film Festival. His project Decision To Leave stars Park Hae Il and Chinese actor Tang Wei. The film revolves around a Korean detective who falls for the mysterious widow of a murdered Chinese immigrant, as he tries to unravel the man's murder.

READ | Cannes 2022: Singer Papon represents Assam at French Riviera; 'It's a proud moment for me'

With this, Park follows the lead of Im Kwon Taek, who became the first Korean filmmaker to win the Best Director award at Cannes 2002 for the historical drama Chihwaseon.

On the other hand, Swedish director Ruben Ostlund's Triangle of Sadness bagged the Palme d'Or for Best Picture at the Cannes Film Festival. It is the second time the Swedish director has won the award, with his first one coming back in 2017 for The Square.