Aly Goni took to Instagram recently and shared an adorable picture with his girlfriend Jasmine Bhasin. Read on to know more about his Instagram post here. 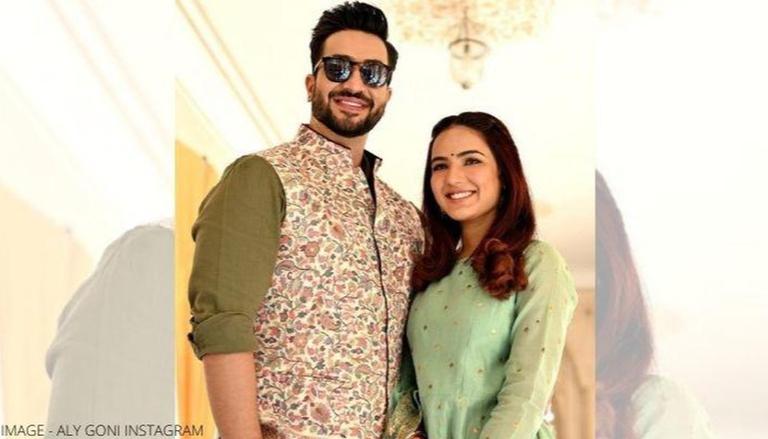 
Aly Goni and Jasmine Bhasin have been making headlines ever since they started dating on the sets of a reality show and fans and followers of the couple loved their chemistry as well in several music tracks. Television hunk Aly Goni took to Instagram recently and shared an adorable picture with his girlfriend Jasmine Bhasin. The picture garnered major love from fans and followers and they called them the cutest couple.

Kuch Toh Hai Tere Mere Darmiyaan star Aly Goni took to his Instagram handle earlier today and shared an adorable picture with his lady love Jasmine Bhasin. The couple could be seen posing for a selfie, and while Aly looked dapper in a white shirt, Jasmine stunned in an emerald green kurta and left her hair open. Aly's caption read, "Hi beautiful", followed by a red heart emoji.

Yeh Kahan Aa Gaye Hum actor Aly Goni has a following of 3.7 million people on the social networking site and his latest picture with Jasmine garnered close to 80k likes within half an hour of sharing it. The majority of the fans and followers bombarded the comments section with heart and fire emojis for the adorable couple. While one of his followers wrote, "couple goals", another one commented saying, "Finally a Jasly pic 😭😭🤧🤧🤧" 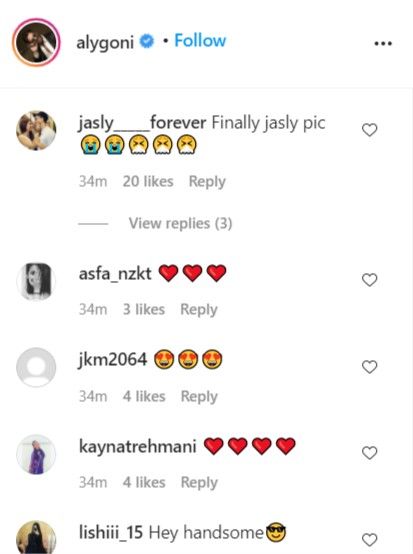 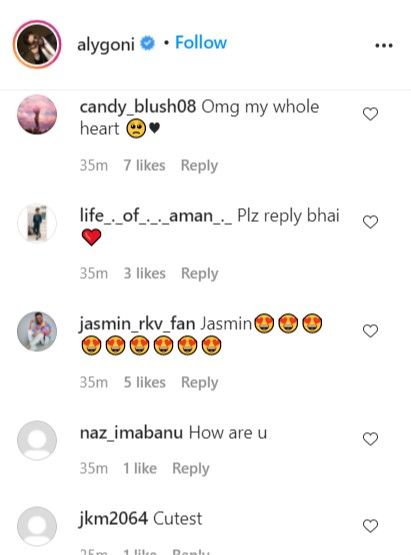 Real-life couple Jasmin Bhasin and Aly Goni recently featured together in the music video of Tu Bhi Sataya Jayega. The soulful song depicts the tale of separation, unrequited love, and heartbreak. The music video of that song has garnered more than 40 million views in just three weeks and has been sung and written by Vishal Mishra. The couple's last track together titled Tera Suit crossed 100 million views in a short span of time as well.

Aly Goni has participated in several reality shows during the course of his career. Some of the popular ones include MTV Splitsvilla, Dance Plus, Fear Factor: Khatron Ke Khiladi 9, and many others. He has also starred in a handful of soap operas such as Yeh Kahan Aa Gaye Hum, Kuch Toh Hai Tere Mere Darmiyaan, Bahu Hamari Rajni Kant among others.