As per reports Amitabh Bachchan and Rajat Kapoor have been roped in to record voiceovers for Star Plus' upcoming show 'Vidrohi'. Read More. 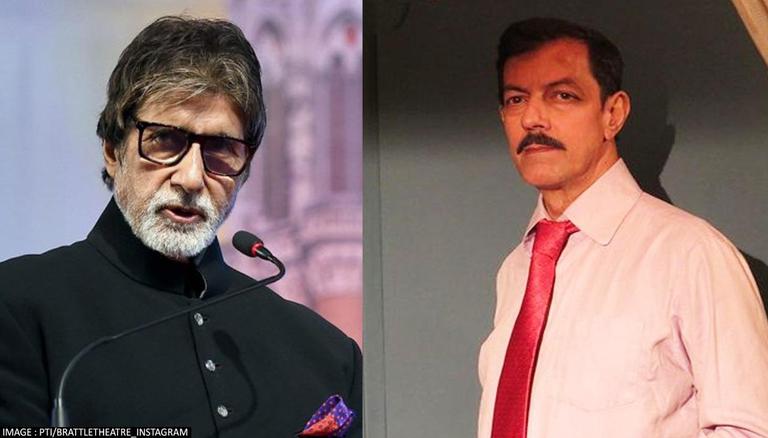 
Two of Bollywood's ace actors Amitabh Bachchan and Rajat Kapoor could be coming together for a project for the small screen. As per reports, Bachchan and Kapoor will be lending their voice for Star Plus' new period drama show Vidrohi. Fans have been excited for the serial ever since the promo featuring Sharad Malhotra and Sulagna Panigrahi was released.

Amitabh Bachchan and Rajat Kapoor to =voiceover for Virodhi

As per a report by Telly Chakkar, Amitabh Bachchan and Rajat Kapoor have been cast to do voiceovers in Star Plus' upcoming show Virodhi. The story of the period drama show, Vidrohi, will be set in the era when the British colonized India. It will revolve around the time of the rebellion against the British East India Company in Odisha in the year 1817. The recent promo introduced Sharad as Baxi Jagabandhu, the leader of the historic Paika Revolt of 1847 of Khurda.

Taking to his Instagram, lead actor Sharad Malhotra shared the promo of the show and wrote, "With your continuous love & support I embark on yet another journey, dwell deep into a new character, one more time… Here's presenting to you all
BUXI JAGABANDHU BIDHYADHAR MOHAPATRA BHRAMARBAR RAY."

Meanwhile, veteran actor Amitabh Bachchan is currently busy hosting season 13 of the quiz show Kaun Banega Crorepati. He will next be seen in the fantasy superhero film Brahmāstra alongside Ranbir Kapoor, Alia Bhatt, Mouni Roy and Nagarjuna Akkineni Akkineni. The movie will be part one of the planned trilogy. The movie was initially planned to release on December 4, 2020, but was postponed due to the pandemic.

Bachchan will soon be seen in the Hindi remake of the Hollywood movie The Intern alongside Deepika Padukone, reuniting with her after their movie Piku. The original movie featured Robert De Niro and Anne Hathaway in the lead. The role was initially offered to Rishi Kapoor but after he passed away, Bachchan was roped in to replace him. The veteran actor is also set to star alongside Prabhas and Deepika Padukone in director Nag Ashwin's untitled sci-fi film. The actor will also be seen alongside South Indian actor Rashmika Mandanna for the movie Goodbye.