Anita Hassanandani's Son Is A 'Daddy’s Buoy'; Fans Say He Looks Exactly Like His Father

Anita Hassanandani and Rohit Reddy are handling their son's social media handle. She shared a photo of son Aaravv and mentioned that he is a Daddy's boy.

Anita Hassanandani and Rohit Reddy welcomed their son on February 9, 2021. In a recent post, she shared an adorable picture of the baby from his Instagram handle where he was wrapped in a beige blanket and placed on a tiny basket. In the caption, the actor wrote that he is a "Daddy’s buoy". The caption further read, "Please stop looking like me dad! CopyCat." Here is a picture of Anita's two months old son Aaravv.

Reactions to the picture of Anita Hassanandani's son

As soon as Anita shared the picture of her son, fans commented in huge numbers. Some mentioned that the resemblance between the two is uncanny. Many wrote that the baby looked adorable. Fans also flooded the comment sections with heart and fire emojis. Take a look at the comments on Aaravv Reddy's Instagram handle. 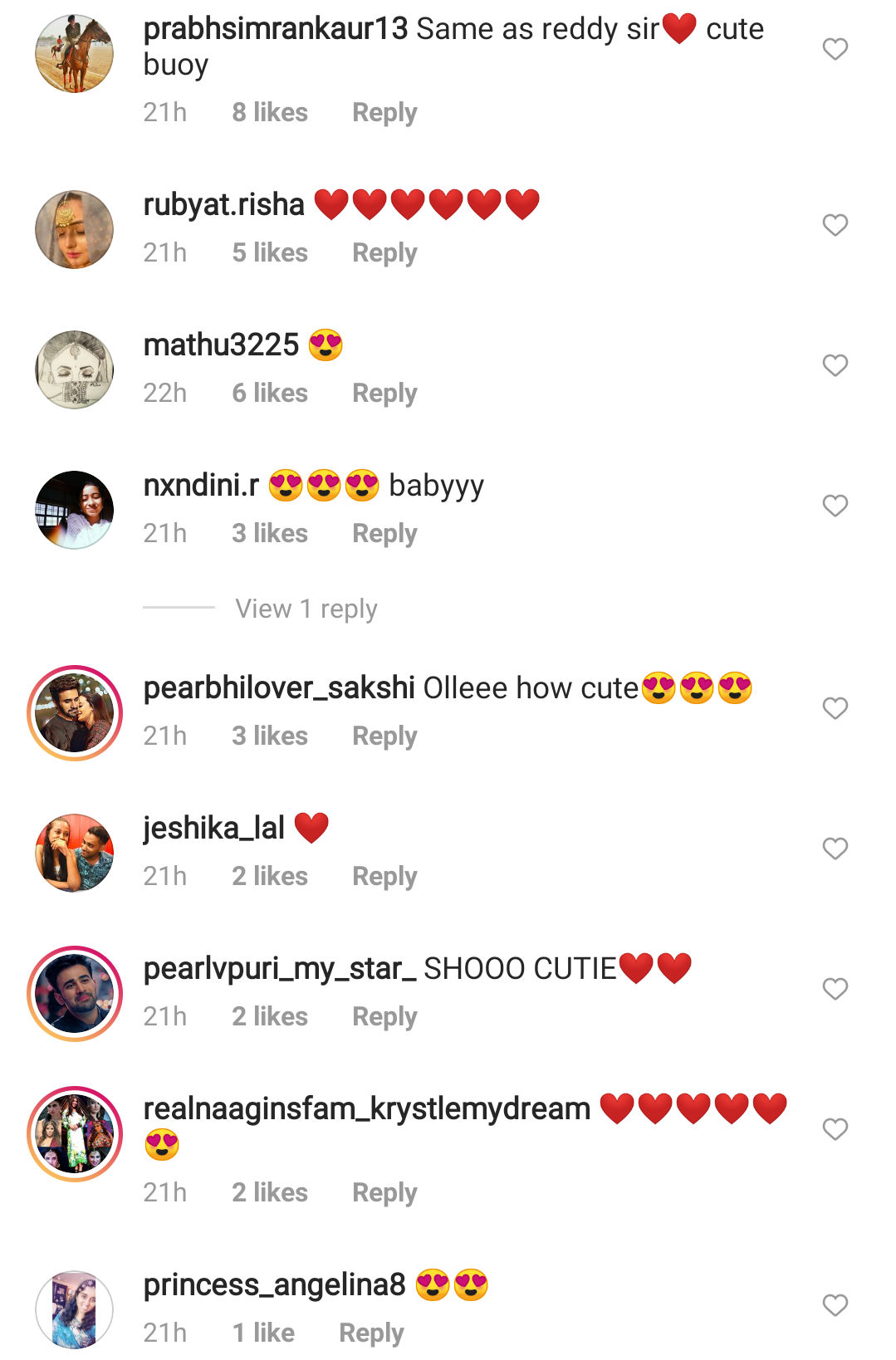 Recently, Anita shared a hilarious video with her husband Rohit. In the video, Rohit was seen shooting the "I'm so pretty and he like that challenge" for his Instagram reel video. Anita brought a twist to the challenge by slapping him in the end. She wrote that they had to take several takes for a perfect shot.

Earlier, she also shared a black and white picture with her son Aaravv as she held him in her arms. She wrote, "While many might think I’m looking into thin air and posing for the pic, I’m actually admiring his flying hair."

A couple of weeks back, she also shared one of the first few pictures of the baby. In the photo, Anita is seen holding the baby in her arms a few moments after his birth. The picture also featured her husband Rohit. In her caption, Anita wrote, "Your birth as a Father! Happiest Birthday [cheers] to making memories with this little one". Take a look at the picture and video here.