Anupama 23 December 2021 Written Update: Malvika Runs Away From The House

Anupama 23 December 2021 Written Update: As Malvika decides to cook breakfast for everyone, Anuj praises her but also praises Anu which makes her furious. 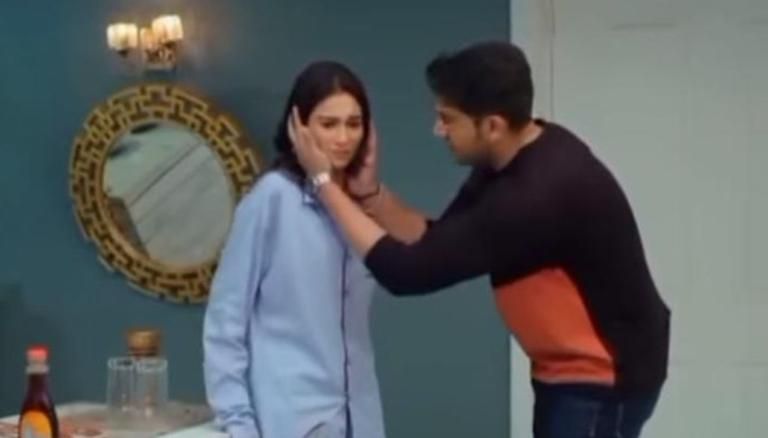 
Anupama 23 December 2021 episode begins with Malvika asking Anuj and Anu what will they have for breakfast to which they say 'anything.' Anu then leaves the kitchen while Anuj asks where she is going. She then says that she is letting them spend some brother-sister quality time together. Anuj senses some awkwardness and talks to Anu. He tells her to open up whether she felt bad about Malvika's behaviour but Anu compliments Malvika. He then gets tea for Anu. Anu then admits in her mind how much she loves Anuj.

At the Shah house, Kavya performs an intense workout and gets a cramp. Baa arrives and helps her. Kavya asks Baa how she and Anupama manage to keep their hair and skin health to which she says that they keep their inner self healthy that reflects on their body. She even asks Kavya to do the same and respect the fact that her body will change with her age. Later on, as everyone sits together for breakfast, Pakhi praises Vanraj while Kavya asks her where his office is. He then reveals that he and Malvika will be operating from Anuj's office for a while. He then asks Kavya to manage the cafe but she denies it. Toshu then asks Vanraj if he can manage the cafe to which Vanraj agrees. Kinjal feels proud of Toshu while Kavya taunts him.

Anuj and Anu look for Malvika

As Samar, Nandini, Toshu and Kinjal reach the cafe, they ask Toshu to serve coffee. later on, Toshu receives a voice note from Rakhi taunting him for running the cafe. On the other hand, as Anuj eats Mlavika's cooked pancakes, he praises them but also says that she should try Anu's pancakes too. This makes her furious and she loses her calm. She lashes out at him and throws away everything on the table. She then says that a similar thing happened with Akshay as well. She then says that she will not stay in the house anymore and walks out. Anuj gets worried for her and he tries to find her but Anu arrives and calms him down.

In the next episode, as Anuj and Anu will keep looking for Malvika, she will go to the Shah house and ask everyone's permission to live with them. On the other hand, Anu will ask Anuj about Akshay.