Anupama 27th December 2021 Written Update: Malvika And Vanraj Get Into An Argument

Anupama 27th December 2021 Written Update: As Malvika and Vanraj discuss the business, they both get into an argument and resolve it through a toss. 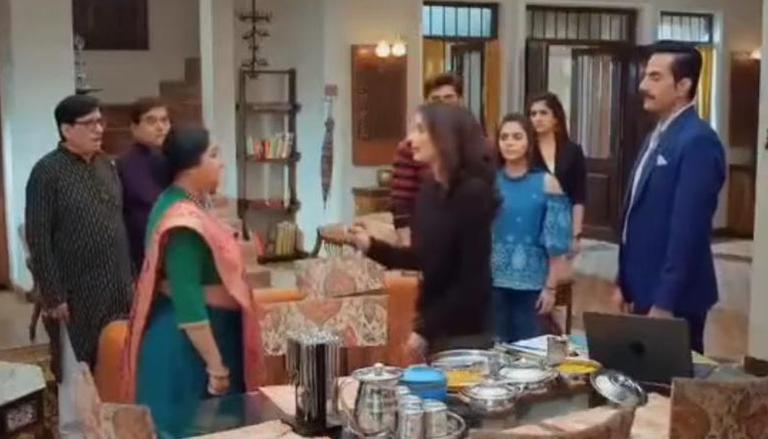 
Anupama 27th December 2021 episode begins with Anu asking Anuj whether his fight with Malvika was because of her. Anuj then says no and tells her that it was because of his own mistake. Anu then tells him that Malvika is still childlike and hides nothing from anyone. She then says that she deserves undivided attention from Anuj to which he says that he loves Malvika but he also loves Anu equally.

On the other hand, at the Shah house, as Malvika and Varaj discuss their business strategy, the family observes them. Malvika says that they should name their business on the seasons to which Pakhi teases Samar that their business will be named in his name.

Vanraj then says that they should serve local cuisine in their restaurants while Malvika denies and then they get into a heated argument. She then decides to toss to arrive at a conclusion. Meanwhile, Kavya feels jealous of them and thinks that now Vanraj doesn't even argue with her. Malvika then decides to throw a dice and as they do, Vanraj wins. Meanwhile, Nandini feels bad for Kavya and tells Samar about it to which he gets upset with her for overthinking just like Kavya.

On the other hand, Anu plays with Anuj's magnet to which Anuj calls her Magnet thief. They both share a fun conversation as they tease each other. Anu then admits that it is her magnet that Anuj stole in childhood. They both feel awkward to which Anuj tells her that he is worried about Malvika's business partnership with Vanraj. Anu then questions him whether he is afraid Vanraj is not a good business partner for Malvika to which Anuj stays silent.

As Vanraj wins the toss, Malvika says she has transferred Rs 50 lakh in their account to which Baa express her shock and says that she should not mention such big numbers in front of a middle-class family. Malvika then laughs and says that is what she loves about the family. She then tells Toshu to join them from tomorrow and asks the others to take care of the cafe.

She further asks Vanraj about the Christmas party and reveals how much she loves celebrating the festival. Vanraj then tells everyone not to get scared about how they toss and take business decisions as they do it quite often. Vanraj further thanks Malvika for trusting him and giving him a chance that nobody did.