Anupamaa actor Rupali Ganguly took to Instagram recently and shared a behind-the-scenes video where she could be seen dancing with her co-star Sudhanshu Pandey. 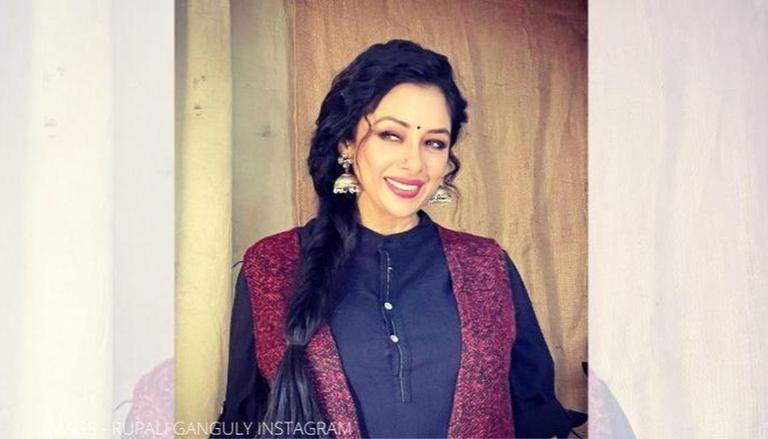 
Anupamaa is one of the most popular television serials at the moment and it stars actor Rupali Ganguly in the titular character. Rupali recently took to Instagram and shared a hilarious behind-the-scenes video with co-actor Sudhanshu Pandey from the show's sets. Here is everything you need to know about Rupali Ganguly's Instagram post and how netizens reacted to it.

Rupali Ganguly shares BTS video from the sets of Anupamaa

Rupali Ganguly, who currently portrays the lead role in Star Plus' Anupamaa, took to her official Instagram handle and shared a hilarious behind-the-scenes video from the serial's set. In the video, Rupali, along with her onscreen husband Sudhanshu Pandey, who play the characters of Anupamaa and Vanraj respectively, can be seen dancing to the iconic track Aati Kya Khandala, from the film Ghulam. The two actors could be seen lip-syncing and grooving to the 90s song and Rupali captioned it, "Anu and Vannu agar aise hote toh 😅😅."

Sarabhai vs Sarabhai actor Rupali Ganguly has a following of 732k people on the social networking site and her latest video garnered close to 57k likes within a few hours of posting it. Fans and followers bombarded the comments section with laughing emojis and called the onscreen pair cute and funny. While one of her followers wrote, "Omg 😂 @sudanshu_pandey you killing it 👏👏👏", another one stated, "Sooo fun to watch this😍😍❤️❤️." 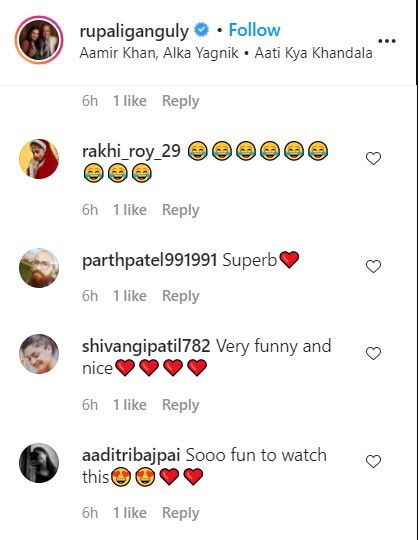 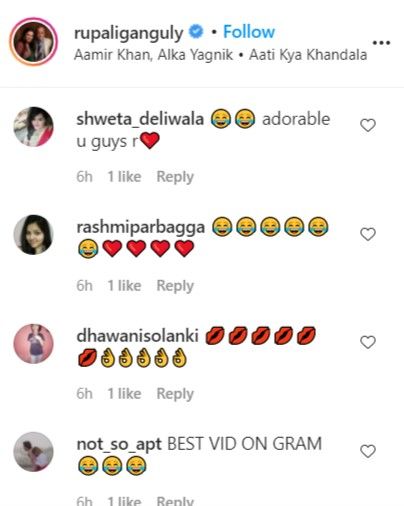 Anupamaa is the Hindi remake of the Bengali daily soap Sreemoyeee. The cast of the serial includes Rupali Ganguly, Sudhanshu Pandey, Madalsa Sharma, Aashish Mehrotra, Paras Kalnawat, Alpana Buch, and Arvind Vaidya among others. The show revolves around Anupamaa, a devoted housewife, mother, and daughter-in-law, who loves her family and fulfills all their needs, ignoring her own. She sets out to live life on her own terms after finding out about her husband Vanraj's affair with his colleague Kavya.

Rupali Ganguly is primarily a television and theatre actor, who rose to fame with her portrayal of Dr. Simran Chopra in the Star Plus serial titled Sanjivani. She later got recognition for playing the middle-class daughter-in-law Monisha in an affluent family in the show Sarabhai vs Sarabhai and also featured in several reality shows as well like Fear Factor: Khatron Ke Khiladi 2, Kitchen Champion 2, Zara Nachke Dikha, among others. She has been portraying the titular character of Anupamaa since July 2020.

READ | Anupamaa 5 May episode spoilers: Will Vanraj and Anupama finally get a divorce?