Caitlyn Jenner recently opened up about her struggles with her gender identity from earlier days when she won the Gold medal at the 1976 Summer Olympics. 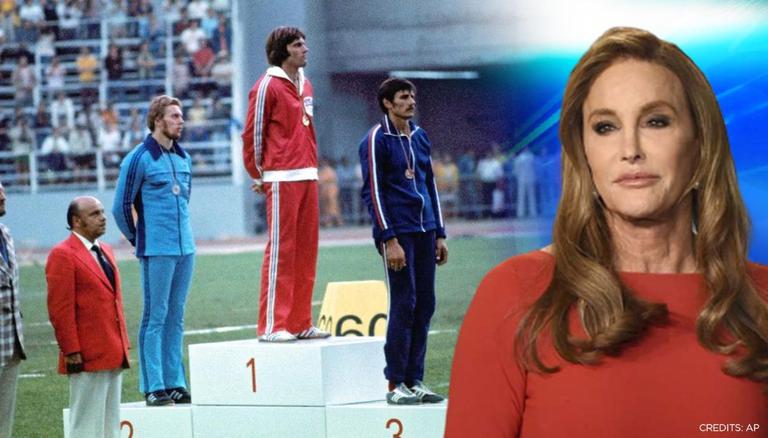 
Caitlyn Jenner, the American athlete-turned-socialite is looking back on her journey as an athlete and all the secrets she had to keep when she was in the spotlight. The political candidate recently looked back on her time as an Olympian and talked about how she was always "hiding," even though she was famous. The former reality TV star's thoughts about her journey were mentioned in bits and pieces, in a recent trailer for Netflix's upcoming docu-series, Untold.

In the newest trailer for Netflix's upcoming five-part sports-centred docuseries, Untold, the former athlete and Olympic gold medal-winning decathlete was seen discussing her past struggles with gender identity. While speaking to the camera, Jenner could be seen saying:

"I spent my entire life hiding. I didn't want people to know me, and know who I was."

Caitlyn Jenner, then known as Bruce Jenner, won the gold medal at the 1976 Summer Olympics in the men's decathlon. Several decades and two marriages later, the former reality tv star and athlete came out as Transgender. She reintroduced herself as Caitlyn Jenner in a 2015 cover of Vanity Fair. At one point, Jenner also told the camera:

READ | Caitlyn Jenner slams Jimmy Kimmel for calling her 'Trump in a wig,' calls him transphobic

Jenner's episode about her journey from Olympic glory to finding her true self and coming out to the world will stream on Netflix and will be available from August 24, 2021.

Netflix's Untold will air weekly on the OTT platform, with every episode being about 80 minutes long. The show will look back at some of the biggest and most iconic moments throughout the history of sports, and will also include the people they were about talking about what really happened. "Straight from the horse's mouth," as they say.

Directors and co-executive producers Chapman and Maclain Way in a statement said:

"Sports is a great unifier in our country. It crosses politics. It permeates culture. We've tried to separate it as its own industry, but just like art and film, it's so pervasive it generates a wide discussion amongst people."

"Untold gets to the heart of the passion and single-mindedness it takes to be a champion and the ways in which the triumphs can be undone off the field."

WE RECOMMEND
Tax returns show Caitlyn Jenner's income has fallen sharply
Leander Paes and Mahesh Bhupathi to reunite for an upcoming web series 'BREAKPOINT'
Caitlyn Jenner says she will 'cancel' the 'cancel culture' once she is elected as Governor
Caitlyn Jenner slams Jimmy Kimmel for calling her 'Trump in a wig,' calls him transphobic
Caitlyn Jenner confirms her appearance in final season of Keeping Up With The Kardashians