'I’m glad that you are...' | Chhavi Mittal Appreciates Son's Support During Cancer Battle, Pens 'you Make Me So Proud'

Chhavi Mittal who has been quite active on social media while reflecting on his journey post the diagnosis recently penned an appreciation note for her son. 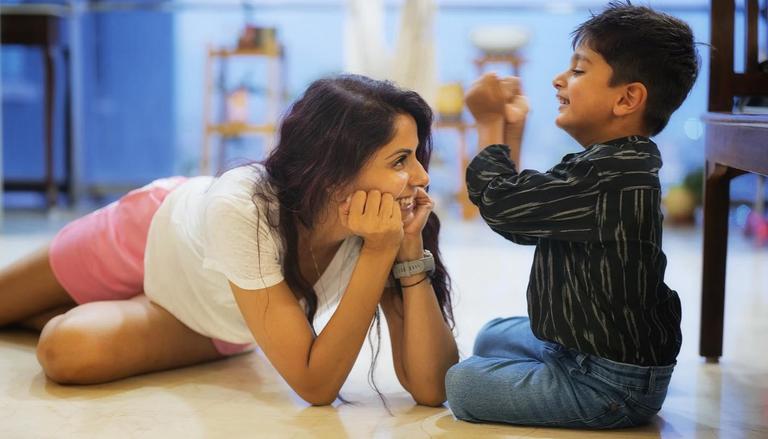 
TV star Chhavi Mittal has become a source of inspiration for millions after the star documented her road to recovery from breast cancer. After completing her radiotherapy a couple of days back, the actor is now taking utmost precautions and restrictions while recuperating from the illness. Mittal who has been quite active on social media while reflecting on her journey post the diagnosis recently penned an appreciation note for her son, Arham. For the unknown, Mittal and her husband, Mohit Hussein are parents to three-year-old son Arham and nine-year-old daughter Areeza.

In her note, the actor opened up about the fact how her son changed during her breast cancer treatment and how the fight would have been incomplete without the little one’s support. The Tumhari Disha star in her note mentioned how her son acted maturaly despite knowing the fact that his mother would not be around for a few days. Chhavi said that before her diagnosis, Arham was a different person, and post her treatment, he suddenly became a ‘big boy.’

Chhavi shared a bunch of pictures with Arham while reflecting thoughts on the fact how her son would take care of the actor's health while constantly reminding her about medicines, not picking him up in her arms, and more. Chhavi, who had previously revealed that Arham believes her breast cancer surgery scar is the result of an injury she got while running, said that he would repeatedly ask her how her 'chot (injury)' is and ask her to show him the stitches.

Exuberating her pride in the same, the 41-year-old star wrote, “The story of my fight with cancer is incomplete if I don’t mention the part this little man played in it. Amongst the things I did to prep for the surgery, what I dreaded the most was to tell @arhamhussein that I won’t be around for a while. But coming from a baby who hadn’t even completed 3 years then, it was a surprisingly unexpected reaction!"

READ | Chhavi Mittal shows off scar she got during cancer treatment; 'found courage to flaunt it'

Further, she added and wrote how her son is doing everything to take care of his mother. “He pressed my feet with his little hands, and he hugged me with the utmost care, asking me each time which my right side is (since that’s where my surgery happened) and if it hurts when he hugs me. Even today when he cries for something and I run to pick him up he reminds me while howling that I shouldn’t pick him up since I’m still not allowed,” she concluded.

READ | Chhavi Mittal opens up on struggles as she recovers from Cancer; 'Exhausted, lost weight'

Chhavi’s radiation therapy sessions have finally ended and she is all ready to recuperate from the illness. The actor had shared that she will have to take precautions for 30 days more while not exerting her body which will help her to recover fast from the illness.