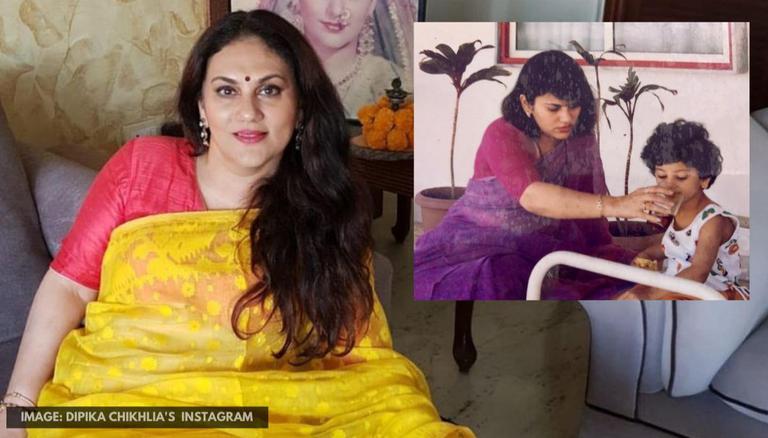 
Actor Dipika Chikhlia, popularly known as Devi Sita from Ramanand Sagar's Ramayan, recently dug up her family album and posted two throwback photos with daughter Nidhi Topiwala on Instagram. Along with sharing adorable pictures of a young Dipika with Nidhi from her childhood days, the Bala actor shared an interesting anecdote about cutting her hair short to "shoulder-length" after giving birth to both of her daughters. Dipika also revealed that she used to run after little Nidhi to feed her as she was "super active" as a child.

Film and television actor Dipika Chikhlia recently took a stroll down memory lane as she reminisced about her elder daughter Nidhi Topiwala's childhood days with cutesy throwback photos of herself and her munchkin. Earlier today, i.e. May 17, 2021, the 56-year-old took to her Instagram handle to shell out major mother-daughter goals for fans as she could be seen feeding her "super active" daughter Nidhi in the candid photographs. In addition to that, she also opened up about cutting her hair short after welcoming daughters Nidhi and Juhi into the world and revealed the reason for the same.

She wrote, "Once again from the albums: Little Nidhi ....super active ran around everywhere when I fed her some time I ran after her. (I am surprised we have a pic where she is sitting)". The Khudai actor added, "I cut my hair shoulder length both the time after my girls were born ...really just for a change and I think more for convenience, umm can’t really remember why I went drastic". In the pictures, Dipika donned a printed purple saree while her toddler sported a white tee with a multicolour floral print.

Soon after Dipika Chikhlia's latest IG post surfaced on the internet, it was quick to win netizens' hearts. Hundreds of fans also flocked to the comment section of the post to lavish the Ramayan fame with heaps of praise. While one user wrote, "The world needs a heart like yours!", another commented, "You look fab in these short hair too! That same cuteness and innocence on ur face just took my heart".

Take a look at some more fan reactions below: 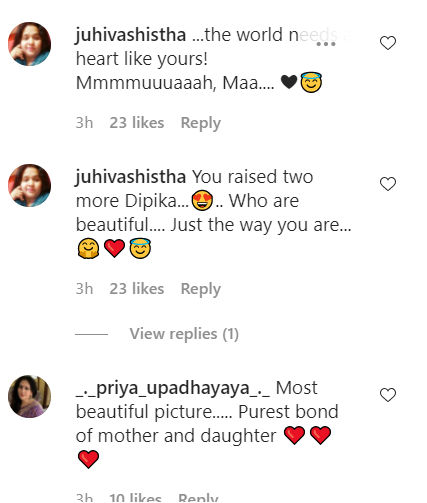 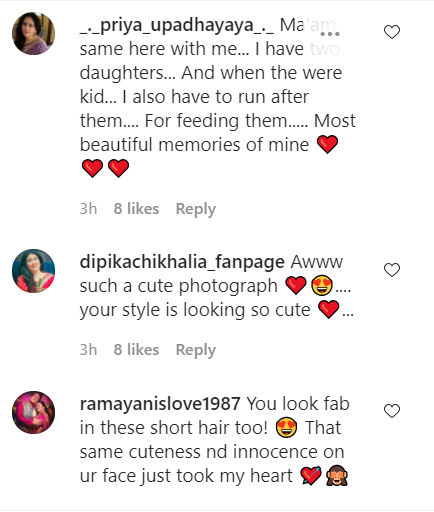 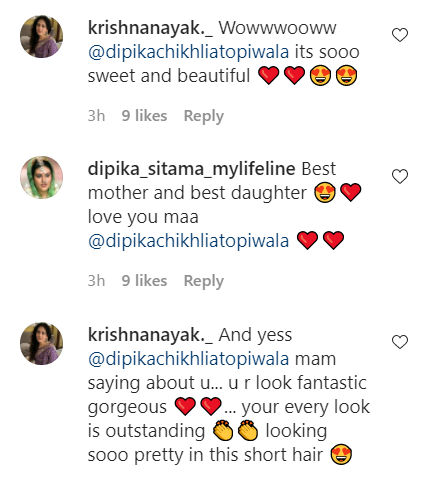