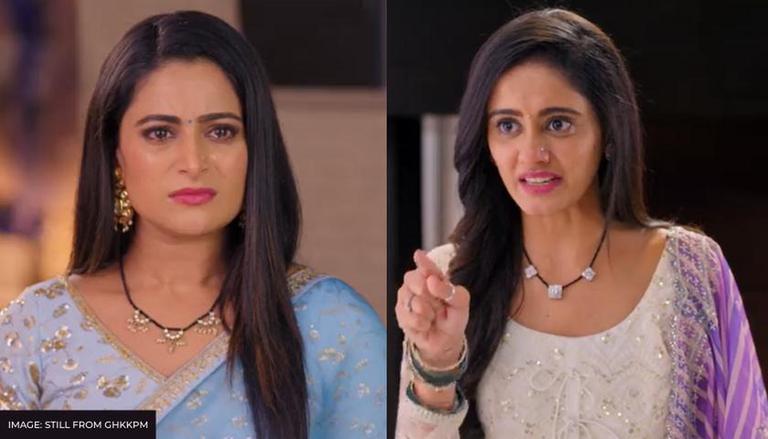 
The Ghum Hai Kisikey Pyaar Meiin June 10 episode starts with Pakhi reminding Bhavani of Devyani’s taunt while trying to establish that Sai instigates Devyani against her. However, in her defence, Sai denies the claims and asserts Devyani had cautioned when she came in the house, but she did not know that sisters-in-law having rights over their brothers-in-law is a part of their values. Sai goes on to say that though Devyani is mentally weak, she can see the truth unlike the elders, who cover it.

An irked Virat interrupts her and says that he never lied to her. In response, Sai says that neither has he accepted the truth. Scroll down to read the detailed Ghum Hai Kisikey Pyaar Meiin written update for June 10's episode.

As the episode progresses further, Sai slams Virat and Pakhi for not having the guts to accept the truth in front of the family. A teary-eyed Sai leaves for college, while a furious Pakhi lashes out at the family and Virat for not taking a stand for her when Sai was accusing and insulting her. Later, Virat gets a call from his boss, who insists that he take rest for a few more days. However, Virat tells him that he wants to join the duty as soon as possible.

On the other hand, Karishma makes a mockery out of Sai's miseries while Mohit warns her to be sensitive to the issue. Meanwhile, Sonali also expresses her take on the situation while talking to Omkar. Though Omkar supports Pakhi, Sonali says that she feels Sai has not said anything wrong. Amid that, Bhavani and Ninad come to the dining table. They jointly mock Ashwini for supporting Sai, while Ashwini gets worried for Sai. Meanwhile, Pulkit convinces Sai to stay at his house.

Back in the Chavan house, Karishma walks in and informs Bhavani that Pakhi has not eaten anything since morning. Bhavani forcefully takes Pakhi to Virat's room and explains to him that because of Sai's insults, she has not eaten anything. However, Virat asks her about Sai's return from college. On this, Pakhi gets irked and to diffuse the situation, Bhavani says that even if Pakhi and Virat loved each other before getting married, why Sai created a scene now while the duo stands shocked and the episode ends.