Recently, Jennifer Aniston shared a video montage of the concluding episode of The Ellen DeGeneres show where she had a good time interacting with Ellen. 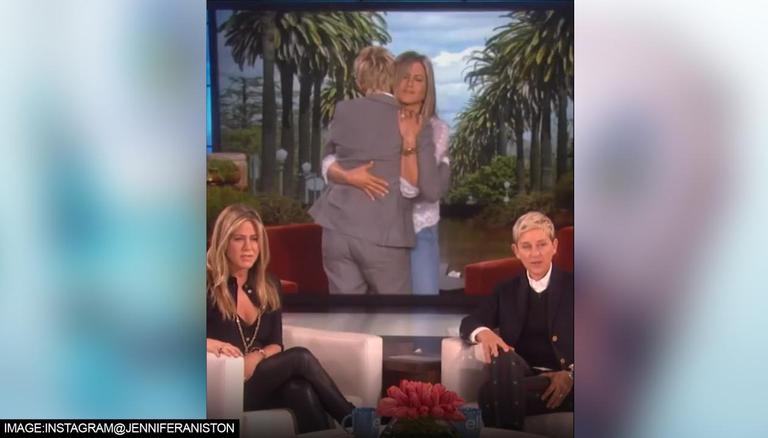 
Ellen DeGeneres finally concluded her much-loved programme The Ellen DeGeneres Show. The show has been running on television for 19 seasons with more than 3,200 episodes. Jennifer Aniston was Ellen's first guest when she started her own talk show in 2003, surprisingly in a full circle, Aniston is the final guest on the show and appeared in the finale episode recently.

The final episode aired on May 26, 2022. Jennifer Aniston took to social media and shared a video montage of the concluding episode of The Ellen DeGeneres show where she had a good time interacting with Ellen and also reminiscing the fun moments that the duo had on the show.

Jennifer Aniston shares a video from the Ellen DeGeneres show

On Sunday, Jennifer Aniston took to her Instagram handle and treated fans with a sweet clip bidding adieu to the show. The video featured the recap of all her appearances on Ellen DeGeneres' talk show after being the final guest on the concluding episode. Along with the clip, Aniston penned a heartwarming note thanking the comedian for the show that managed to entertain the audience for 19 years.

She wrote "19 years. Boy, that went by in a flash. We all need laughter in our lives and that’s something that Ellen has given to me and to the world in spades. Thank you for making dreams come true for so many. You’re gonna be missed @theellenshow! ❤️👋🏼😭"

On April 29, Ellen took to her Instagram space and penned an emotional note about the final episode of Ellen DeGeneres' show. She wrote "Today we taped the final episode of The Ellen Show which airs on May 26th. When we started this show in 2003, the iPhone didn’t exist. Social Media didn’t exist. Gay marriage wasn’t legal. We watched the world change, sometimes for the better, sometimes not. But whatever was happening, my goal was always for the show to be a place where we could all come together and laugh for an hour.  Being invited into your lives has been the greatest privilege of my life and has brought me incredible joy. Thank you. Thank you. Thank you. Thank you."

READ | Jennifer Connelly on 'Top Gun: Maverick': 'I was immensely flattered and excited'

For the unversed, back in May 2021, the comedian announced the show was ending following the complaints of a toxic workplace from staff and other controversies.