Kapil Sharma and Ginni Chatrath who were blessed with a baby girl earlier in Dec. have finally introduced the little one on social media and revealed the name

Ace-comedian Kapil Sharma and his wife Ginni Chatrath who were blessed with a baby girl earlier in December have finally introduced their little one on social media. Naming her Anayra Sharma, the ace-comedian posted adorable pictures of his one-month-old daughter. 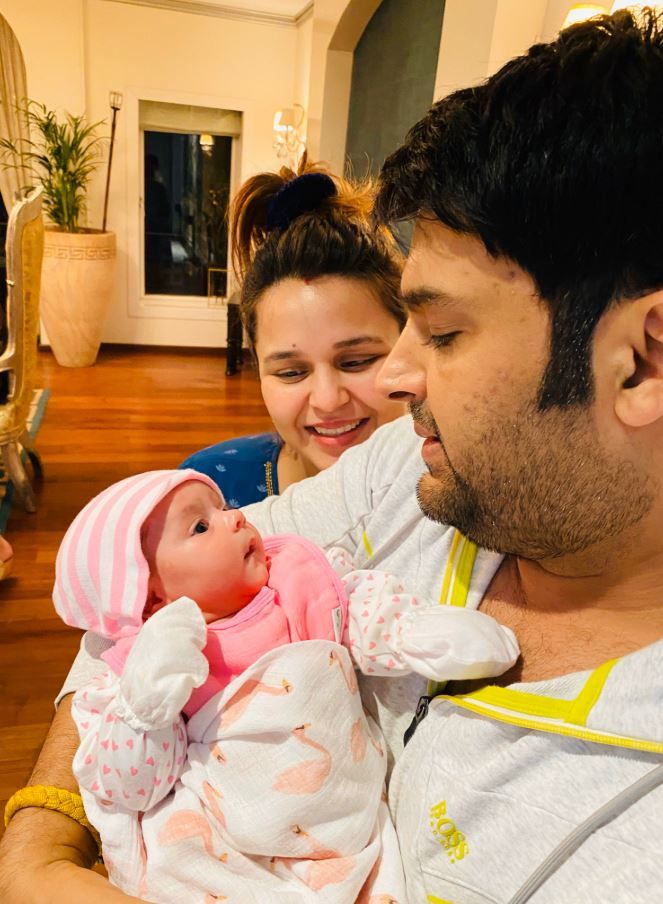 A few hours back, several fan-clubs had leaked the photos of the one-month-old baby from what appears to be Kapil Sharma's mother, Janak Rani's birthday celebrations. With a handful of pictures on the internet, particularly two of them are being circulated and shared. In one, the baby can be seen being cradled in her father's arms, while she can be seen sleeping peacefully in another post.

An overwhelmed Kapil Sharma on December 10 announced the birth of his baby with a tweet informing that he has been blessed with a baby girl and that he needs everyone's blessings.

Kapil Sharma married Ginni Chatrath as per Hindu and Sikh traditions in Jalandhar in December last year. The couple later hosted two grand receptions - in Amritsar and in Mumbai. After Kapil announced the good news, many celebrities showered wishes on the duo. The list includes celebrities like Bhuvan Bam, Guru Randhawa, Rakul Preet Singh, Tiger Shroff, and Suresh Raina, among others.