Actor Karanvir Bohra gets the title of Best Daddy from wife Teejay Sidhu as he feels something beautiful and special while embracing his newborn daughter.


Indian TV actor Karanvir Bohra took to his social media handle and treated his fans and followers with a couple of fresh still of his newborn daughter. In the photos, shared on Thursday, Karanvir can be seen holding his newborn daughter in his arms. While posting the photos, Karanvir wrote a sweet caption, which read, "There is something so amazing and beautiful and special about daughters. Sometimes I wonder how my heart can handle so much love". He also tagged the Instagram account of his newborn.

Karanvir with his newborn

Within a couple of hours, the post managed to garner an overwhelming response from Bohra's followers, friends and contemporaries. Meanwhile, the response of his wife Teejay Sidhu topped the comments section as she exclaimed "Best Daddy!!". On the other hand, the comments box was flooded with red-heart, heart-eyes and fire emojis. An Instagram user wrote, "cute baby snow is so shining" while another asserted, "you and your daughter Vanessa are so beautiful and cute in this photo". 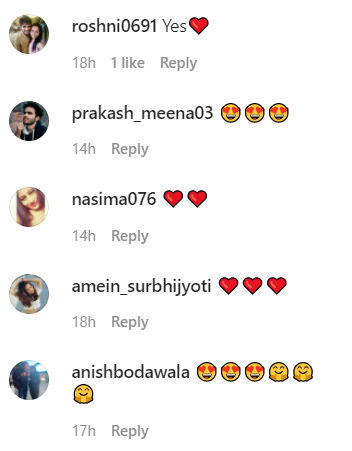 Interestingly, the 38-year-old actor often grabs headlines for giving a sneak peek into his fun time with his three daughters. A few days back, his reaction to his twin daughters calling him an 'old daddy' went viral on social media. In the video clip, he was seen climbing down the stairs of his house with difficulty. Meanwhile, his twin daughters could be seen teasing him, calling him 'this old daddy.' On hearing this, Karanvir made a face and ran to catch them saying, "My God they run fast." In the caption, he had written, "While exercising, my ACL got ruptured, toh dad 'old' hogaya! Abhi chakhata hoon maza @twinbabydiaries ko! (Let me teach a lesson to them) 'This old Dad, he played one'".

The Kismat Konnection actor announced the arrival of his baby girl Vanessa, in December 2020. He had informed his fans and followers that he was blessed with a baby girl for the third time with a video post. The video featured him, along with his twin daughters Bella and Vienna, and his newborn baby. The actor has asserted that "the bolt of happiness" is going through "his veins" as he "can't believe that he is a father of 3 girls".