Kavita Kaushik took to her Twitter to give a piece of advice to Karan Mehra and Nisha Rawal. She asked them not to become a source of entertainment 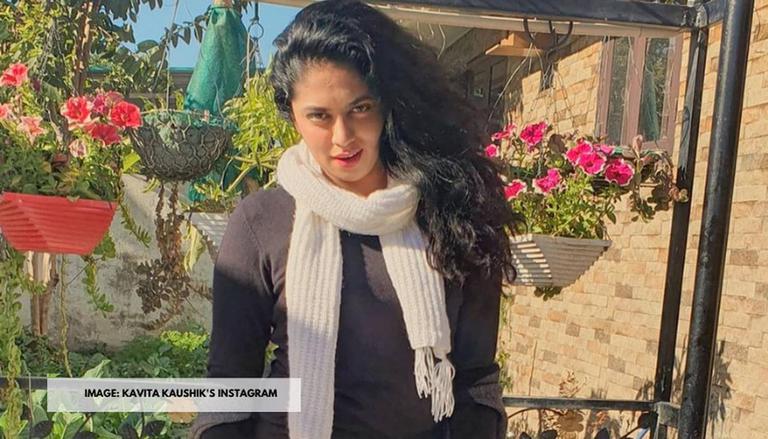 
Actor Kavita Kaushik took to her Twitter account to give a piece of advice on the ongoing Karan Mehra and Nisha Rawal case. The couple became the talk of the town since the domestic violence allegations surfaced. Various versions of the story came out in the public which also included extramarital affair, divorce and alimony. They have finally decided to go ahead and part ways. Here's what Kavita Kaushik has to say about the case.

The FIR actor indirectly took a dig at the ongoing case with her tweet. She wrote about how people will enjoy the case and will give opinions according to their knowledge. She further asked them indirectly to resolve the matter in court and not become a source of entertainment for others. She wrote, "Media aur public majje legi aur apni akal ke hisaab se opinion degi, apni pareshaani aur ladaai police aur court mei kar ke samaadhan nikaalo, entertainment mat bano vo bhi free mei.."  Check it out.

Karan Mehra was arrested on June 1 after his wife lodged a domestic abuse complaint against him. He was released on bail on the same day. Recently, Nisha has demanded that Karan takes responsibility for their four-year-old son named Kavish. She wants him to take care of their son and his education and also stated that she sold her jewellery to pay for Karan's EMI when he had no work.

Other than that, Karan also stated that Nisha banged her head on the wall and that he isn't involved in the domestic violence that she mentioned. He also claimed that she has filed the complaint because she wants alimony. To which, his wife stated that she doesn't want the alimony for herself but for their son's education. In the complaint, she also said that Yeh Rishta Kya Kehlata Hai actor was involved in an extramarital affair, which he denied. On May 31, Karan announced that they are seeking a divorce and will be going forward with it.