In the upcoming episode of KBC 13, Pratik Gandhi puts Amitabh Bachchan on the hot seat with his 'saadharan se sawaal'. In reply, Big B shares funny anecdotes 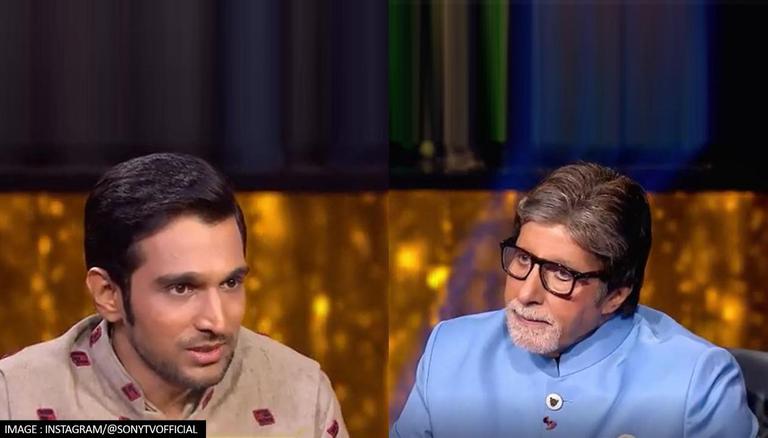 The next celebrity duo set to feature on KBC is Scam 1992 star Pratik Gandhi and actor Pankaj Tripathi.

Ahead of the episode on the weekend, the makers have been teasing some fun-filled moments from the show. One such moment was when Pratik Gandhi put Amitabh Bachchan on the hot seat to answer some humorous questions about his personal habits and experiences.

In the latest KBC promo, Pratik asked Big B, "Sir, I want to ask some ordinary questions to you. There is no prize money, no levels or lifelines."

He then posed three questions:

"Have you ever banged the TV remote control when it does not work?"

"Whenever clothes get old, have you ever made a mop from it?"

Big B's reply to the questions started with an explanation: "Oh God!"

Bachchan then joked about an interesting anecdote and replied, "There was a time when I had grown a beard. And after food, I used to wipe it off on the beard itself." The veteran's comment left the duo in splits.

In an earlier promo of the episode, Pratik said one of his popular dialogues from Scam 1992, "Locha, lafda, jalebi aur fafda ko Gujarati ki life se koi nahi nikaal sakta (No one can take scams, tussles, jalebis and fafdas out of a Gujarati's life). Big B then replied, "Ye sab dialoguebaazi hai. Isme bahut risk hoga, aapko maalum hai" (These are all over-the-top dialogues. It will be very risky, do you even realise it?)"

Pratik then hit back with one of his other popular dialogues, "Risk hai toh ihsk hai (You get love if you take risk)."

Pankaj too shared a funny anecdote when he spoke about writing a 'symbolic' love letter, conveying his love to a girl with hints in the words of the letter.

The episode will air on Sony TV on Friday at 9 PM.