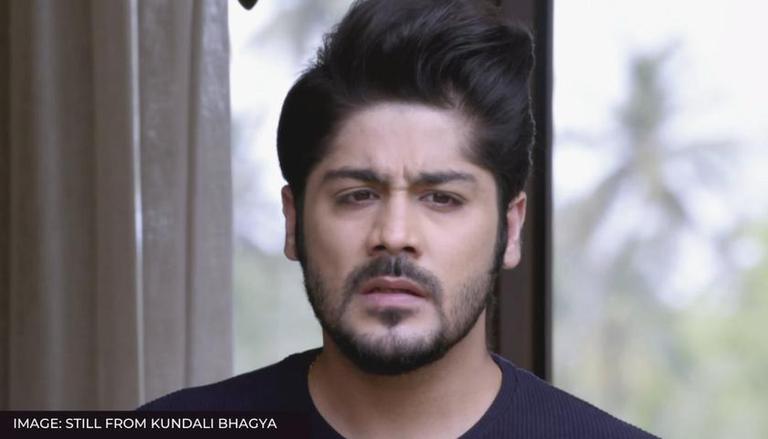 
The Kundali Bhagya June 4 episode starts with Karan strangling Prithvi while a constable comes to rescue him. After an argument between them, Prithvi leaves. Meanwhile, Srishty and Preeta wait for Sammy to come with a new sim card. Srishty breaks down and tells Preeta that she is frustrated as the latter is not confronting Sherlyn. Then, Preeta explains to her that they need strong proof against Sherlyn and also she is pregnant. And if they accuse her without strong evidence, it might hurt Rishabh and Rakhi. Read on the detailed Kundali Bhagya written update for June 4's episode.

Megha gets scared of Sherlyn

As their conversation progresses, Preeta tells that if Sherlyn confesses her crime, it will be easy for them to proceed further. Amid that, Sammy comes with a new sim card and Preeta insists that Sammy should call as he suggested the idea. However, Srishty protests and tries to snatch the phone from Sammy.

Amid this, Pammi comes and Srishty tells her that they are fighting over a phone. Pammi starts grilling her. Meanwhile, a scared Megha meets Ruchika and informs her that she has blackmailed Sherlyn. As Ruchika tries to calm her down, Megha voices her doubts about Sherlyn and self-proclaims that Sherlyn had killed Akshay.

Ruchika seals a deal with Megha

Megha fears that if Sherlyn can kill Akshay, she can hurt her too. Ruchika calms her down and assures her that she will take care of her. Later, Ruchika demands a lump sum from the money Megha has asked from Sherlyn. After the bargain, Megha agrees to give 25% to her and Ruchika promises her that she will keep her safe. Back at the Luthra house, Srishty cooks a fake story that Sammy loves Mahira and was about to text to her. As Pammi keeps questioning Sammy and Srishty, Preeta diffuses the situation and tells Pammi that Rakhi was looking for her.

Then Sammy calls Sherlyn, however, he fails to blackmail her while Sherlyn swears to teach Megha a lesson. On the other hand, Pammi reveals to Rakhi that Srishty loves Sammy but the latter loves Mahira. Rakhi stands shocked and Preeta tries to diffuse the situation but in vain. The episode ends with Srishty informing Sammy that she is going to check Sherlyn's room to get strong evidence.