As Rishabh learns about Sherlyn and Prithvi's affair, he meets a friend, goes to a bar and drinks a lot. 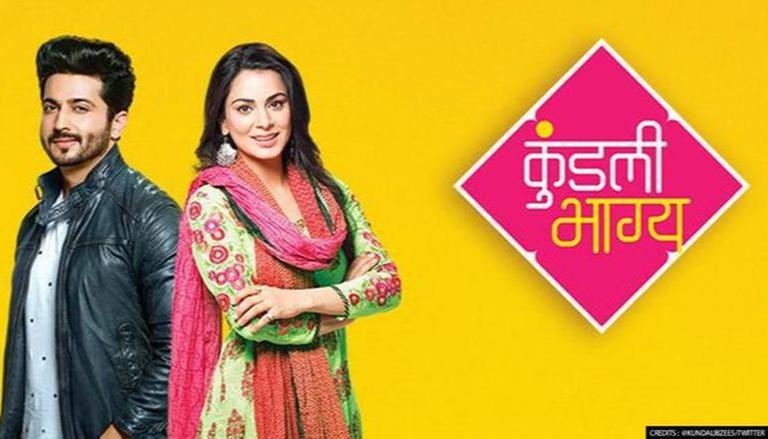 
Kundali Bhagya October 9, 2021 episode begins with Sherlyn entering Prithvi’s room to alert him that Rishabh knows about their affair but sees Kritika and changes the topic. She then somehow tells him about Rishabh to which Prithvi says that she should have made some excuse when he found her earring. Sherlyn then leaves the room and asks Prithvi to meet her outside. On the other hand, Dadi arrives while Kritika shows her the gifts.

Preeta tells Sherlyn and Prithvi that their game is over

As Sherlyn goes to the kitchen, Prithvi meets her and learns about how Rishabh exposed Sherlyn. He then tells her that they should stay away from each other. Preeta then enters the room telling them that Rishabh will expose them the next morning so they can enjoy that night. On the other hand, Risbah meets a friend who asks him to have a drink with him but  Rishabh denies it. His friend then convinces him and takes him to a bar. Meanwhile, as Dadi and Kritika see the gifts, the latter finds her gifts in the cupboard that were kept there by Rishabh. She gets excited to see them and goes to his room to meet him.

Meanwhile, Rishabh drinks alcohol with his friend, Sankalp and gets worried about how his family will react when they will see him drunk. He then speaks about his brother, Karan and tells Sankalp how much he loves him. He then leaves the bar. On the other hand, Kritika looks for Rishabh in the house and later learns from Preeta that he is not at home. She then tells her that he is the best brother she could have. While driving, Rishabh feels frustrated about his situation and stops the car midway. Karan then calls him and asks him about his whereabouts. Karan soon realises that he is drunk while Rishabh tells him that he will reach home soon. As Rishabh reaches home drunk, he tells Girish that he will sleep in the guest room while Karan tries to help him. Rishabh then tells him not to shout at him and even apologises to Preeta. Rishabh then hugs Karan and asks him not to worry.